Wolfenstein The New Order on the ID Tech 5 engine.

Carmack did it again !

The thing with this engine is that it’s totally different to Cryengine, Unreal, Frostbite and other engines. It takes a while to get used to the “look” of the environments and the feel and technology behind the engine. As I found out, this can lead to a lot of confusion when trying to tweak for your individual system. The engine  completely changes the art direction and graphic design because of the large textures that can be used. It ends up looking much more like a free form painting or environment rendered in Maya or Blender because of the lack of restriction on texture size. For example in the screen shot above notice how each part of the external surface of the building, in the upper middle part of the image, is slightly different. As you’d expect weathering and so forth would effect each part of the building differently. Now look at this screen shot from Crysis Warhead.

Look at the side of the harbour wall. Each section is the same texture repeated. We have been so used to seeing this in video games for almost twenty years that it’s, as I found, surprisingly difficult to accept something different. There’s only been one previous game using this technique, RAGE. Now Wolfenstein has really pulled the stops out, but some gamers seem confused and angry judging by the comments out there, which I don’t think is entirely surprising seeing the groundbreaking move Carmack has made with this engine. So ground breaking it seems to have left some gamers a bit out in the cold.

Frustratingly ID/Carmack/game developers have not done a massively clear job of explaining how the engine is different and what the graphics settings actually do and how they effect performance. I think this has been needed because so many gamers have been used to using traditional engines for so many years and are used to the various “tweaks” and what they mean. However I won’t get into a lesson about ID Tech 5 here, you can read up on that yourselves. Let’s get to the settings !

In Wolfenstein The New Order I struggled for hours trying to get stable settings. It was not until I just kept the view still that I noticed what was going on. While keeping the mouse and movement still, frame rate stabilises to 60. As soon as the view is moved then frame rate drops. This is even more noticeable when you move the view and run around. I had been noticing a few “missing frames” every so often (its as if everything went “wobbly” for a moment) but could not work it out, or fix what was happening until I did the above experiment. Try it yourself in game. Stand still. Don’t move the mouse. Watch as the frame rate stabilises to 60 frame per second. Now move (either mouse, WASD, or both) and watch the frame rate drop. Stay still again, it goes back up to 60. This is the texture streaming at work and directly translates to the settings in “Advanced Video Options”.

The core of the advanced settings is “Max PPF”, and, as I found out, this is the culprit behind choppy frame rates.  I don’t know about other gamers but I was not clear if “lower is better”, or “higher is better” in terms of performance. It was not until I did the standing still test above that why setting “Max PPF” to low stabilised my frame rates finally made sense. 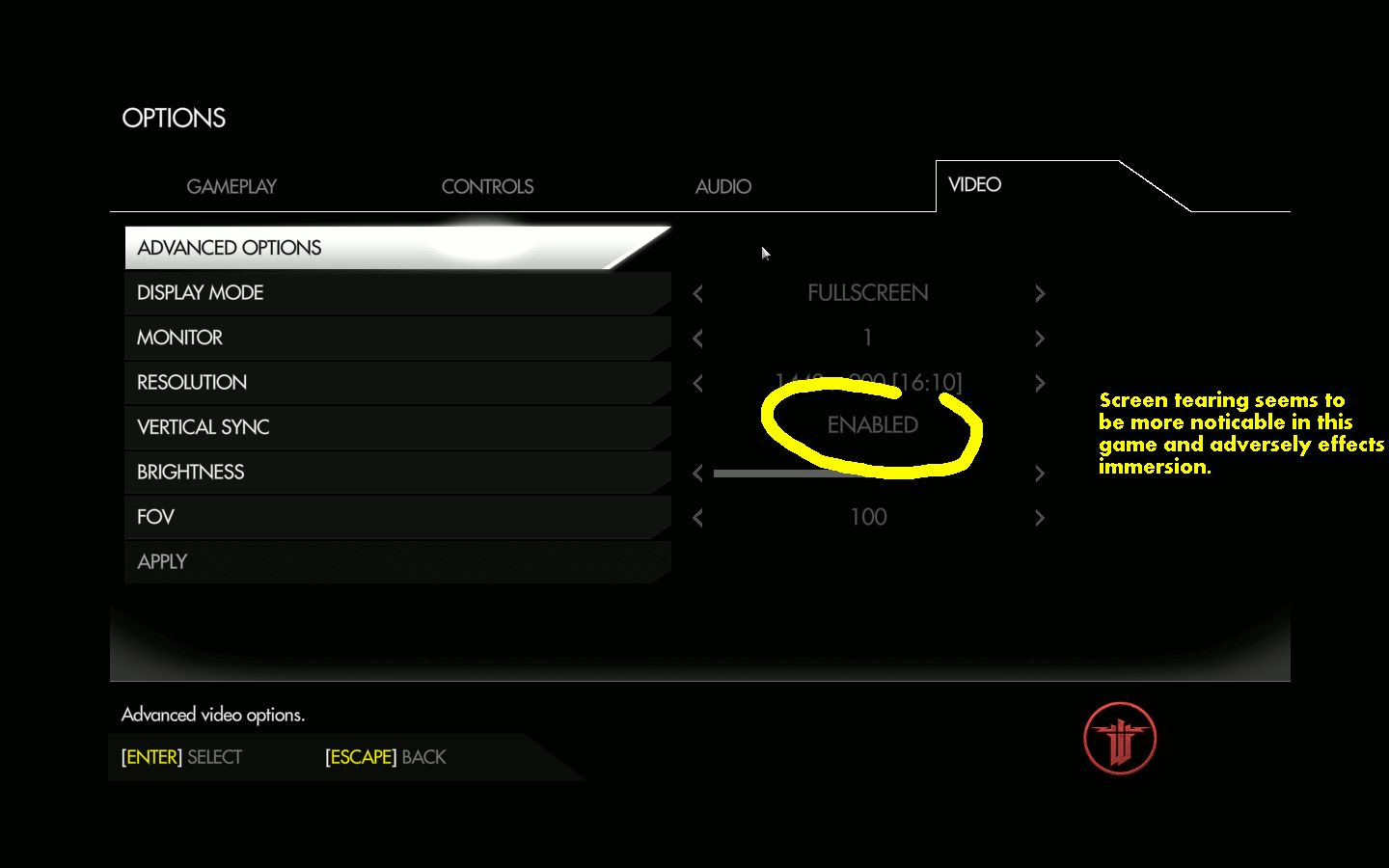 So give Carmack and ID Tech 5 a chance ! It’s new and so ground breaking that it will confuse you ! However its worth taking the time to understand. It can be frustrating not being able to get to grips with the settings, but once your there you’ll really be able to appreciate what Carmack and ID, as well as MachineGames are really doing here.

EDIT (Oct 17th, 2014): I neglected to add that a major performance boost was also added by making sure the engine creates its cache file. This was also a reason for frame rate drops while looking around and moving. I also turned off any power saving or CPU scaling functions in my bios, but have not yet examined specifically if that’s actually providing any performance boost.30,233 views