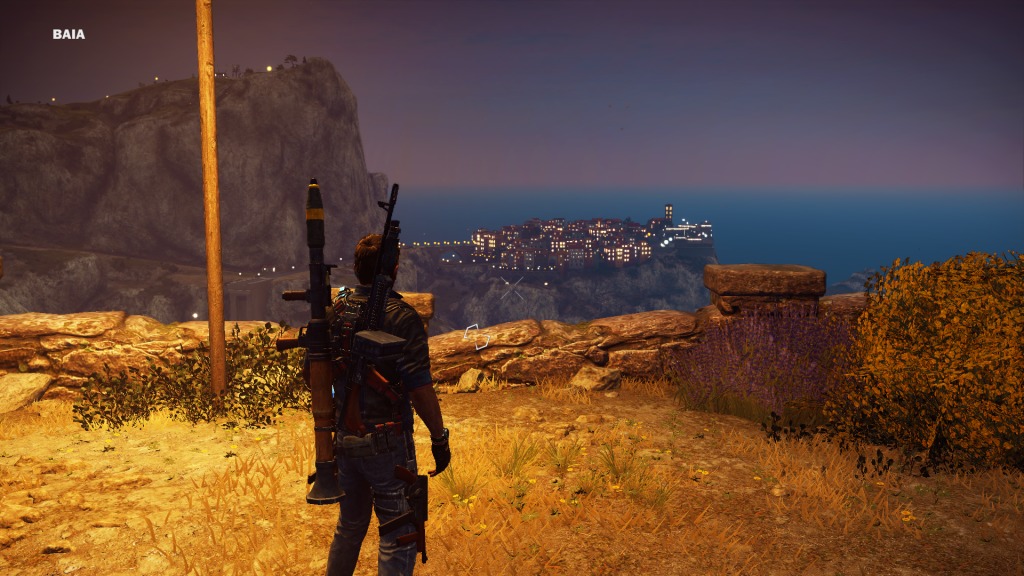 Hi. After getting the dreaded “stuttering” with Just Cause 3 I was determined to find the cause. It pays to find out what’s going on. As with all 3D video game engines, the engine system is running in real time. This means that if some asset – a texture, a model – cannot be provided to the engine in time it just waits for it to load. In fact everything stops waiting for that model or texture ! Hence the momentary freeze. I suppose engine designers could put place holders in while the assets load but it would probably look very ugly.

So. I did some snooping and found the bottle neck in my system. This may vary per system so you should do your own snooping first before spending any money on expensive hardware. You have been warned. There are plenty of guides out there in how to go about using MSI Afterburner to do this. 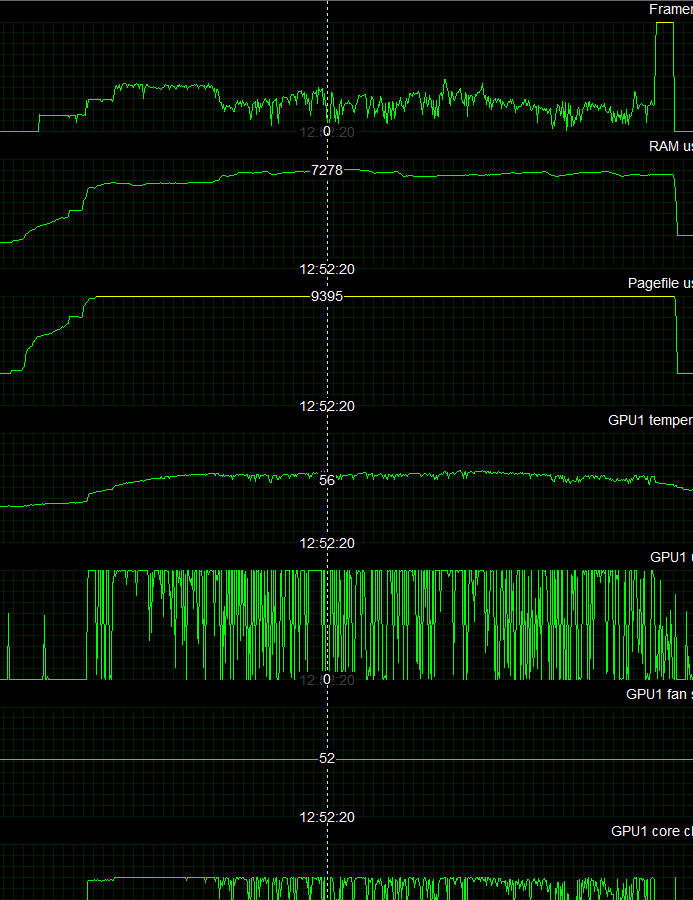 As you can see the frame rate has gone to zero at the point in the log I have picked. This is a freeze ! Notice the RAM and Pagefile usage is high. Notice as well that the GPU usage has gone to zero. Even though it’s off the bottom of the chart here, CPU usage is also zero. Everything is waiting for …. ta da !!!!

Before I replaced it with an SSD I could see my HD light flickering away every time JC3 froze for a second. So after getting an SSD – a PCIe M.2 SSD to be exact – and installing JC3 to it, this is the MSI log that I got … 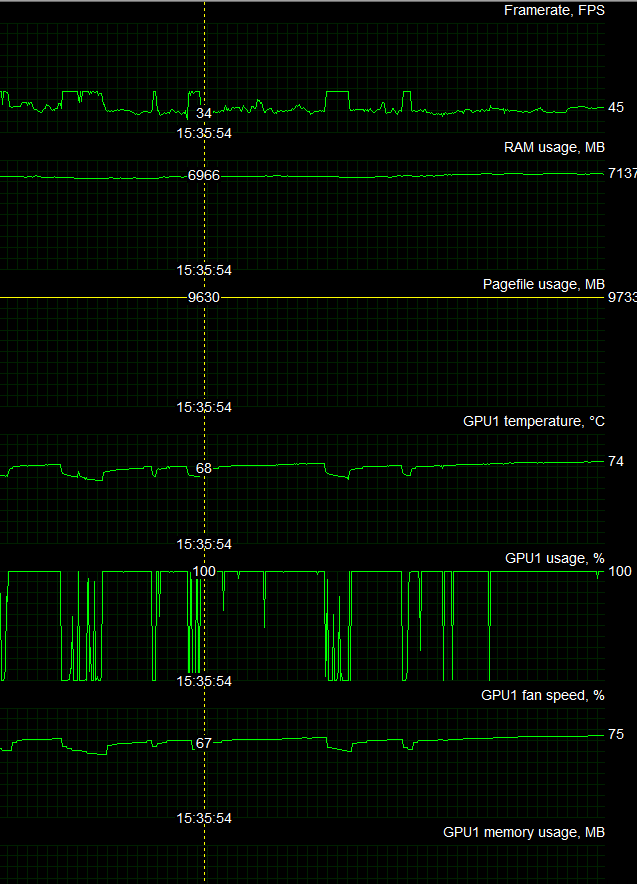 As you can see the frame rate is fairly stable ~30 to 40 fps. I think some of the abrupt changes are when I go into the JC3 menu. There are no more drops to zero because the SSD is providing data fast enough to the engine to prevent freezes (stuttering). Avalanche should really adjust the Steam minimum requirements to reflect this.

The most important thing here to remember, especially if you have moderate memory installed (~8gigs) is to make sure the windows swap file is on the SSD as well. I made the mistake of not moving it and still had the freezing as windows ported the JC3 assets through the swap file on a slow, spinning disk (non-SSD) hard drive.

I’m not sure what SSD speed JC3 requires exactly, but its obviously a heavy game loading lots of textures and models into the environment. Once it has the SSD it’s not too massively hardware hammering on moderate systems @ medium JC3 settings. For example you can see the ~30 to 40 frame rate above for my AMD R7 260x and Intel i5 4690k system. I suspect you may not need the fastest PCIe SSD that I purchased but without further testing I can’t be sure.

So with a scientific approach to JC3, problems can be ironed out, and I think it’s well worth the effort because JC3 is a very good game.