This is a very interesting video from Ubisoft. AC:O seems to have picked up some Far Cry series game play elements. Great ! If they worked in FC they can work here as long as they are made to fit into the AC context.

Here are some screenshots with analysis. 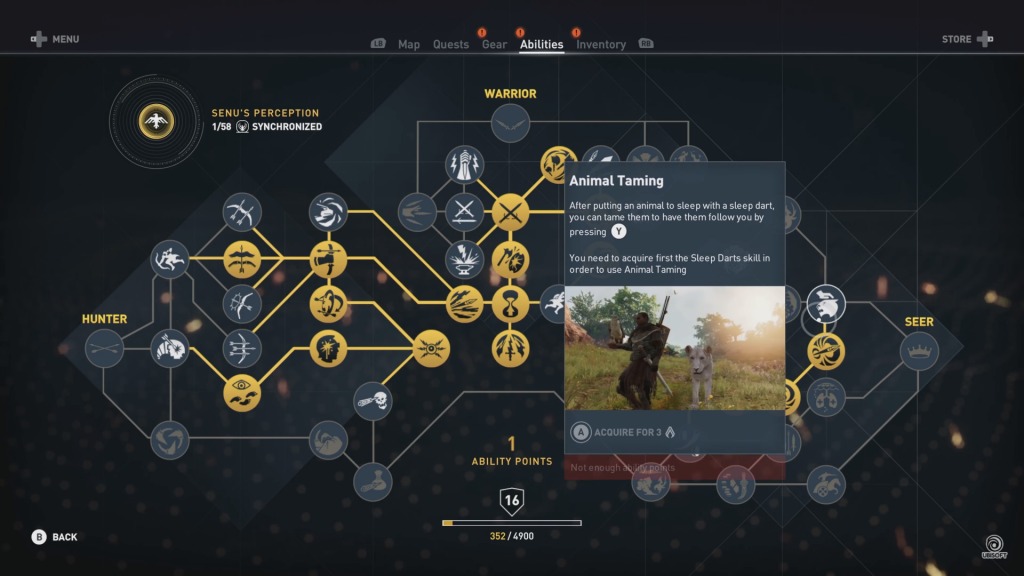 This is the most interesting one. The all important Skill Tree. 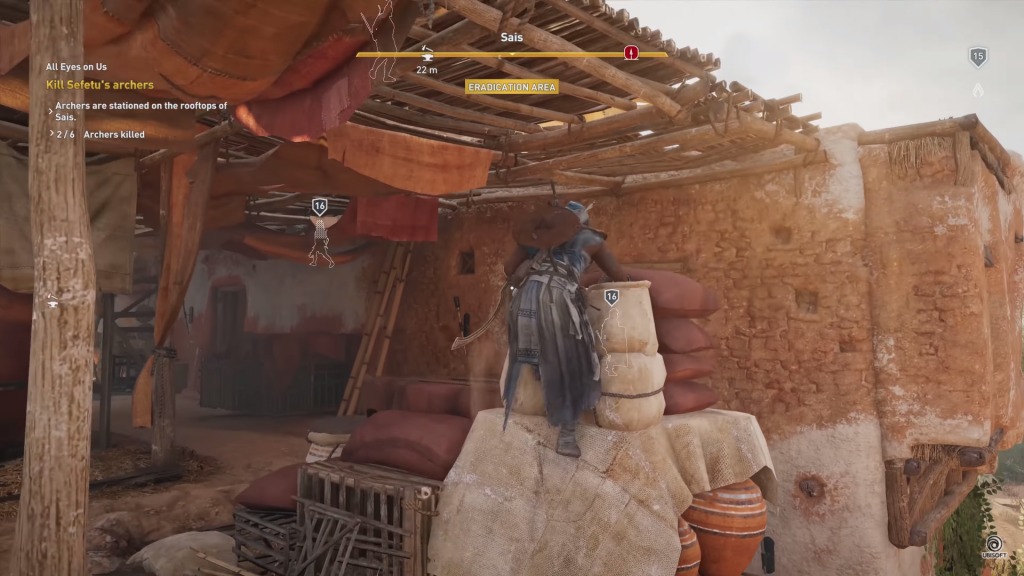 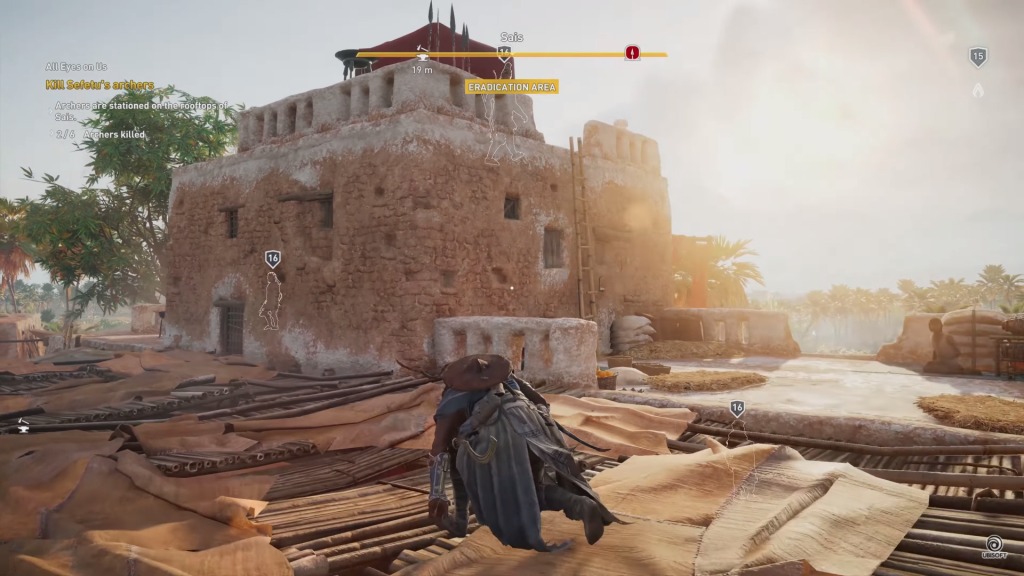 Starting to look like a really nice environment. But I always like sun, palm trees and deserts ! 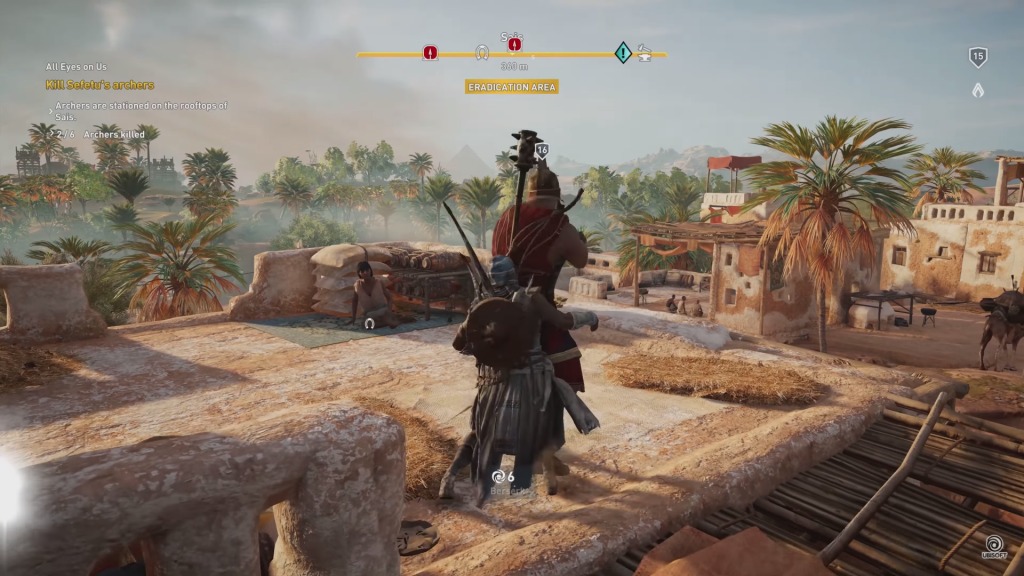 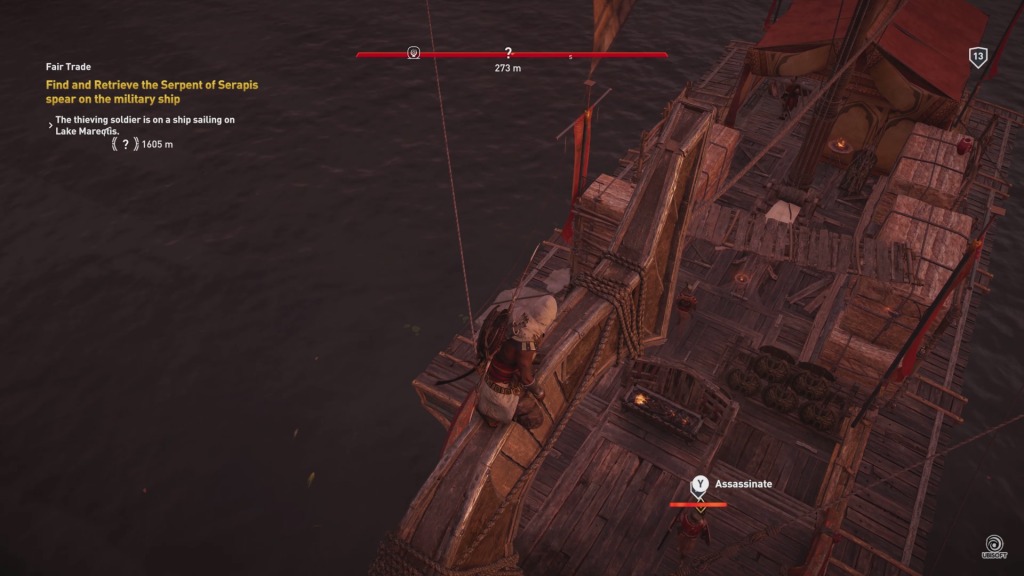 Boats ! Presumably this is primarily on the Nile, but, at least in Northern and east Egypt the sea is not that far away. The Nile reminds me of the Thames in Syndicate but I’m not seeing the kind of density of shipping that we saw there, neither would that be accurate I would guess. 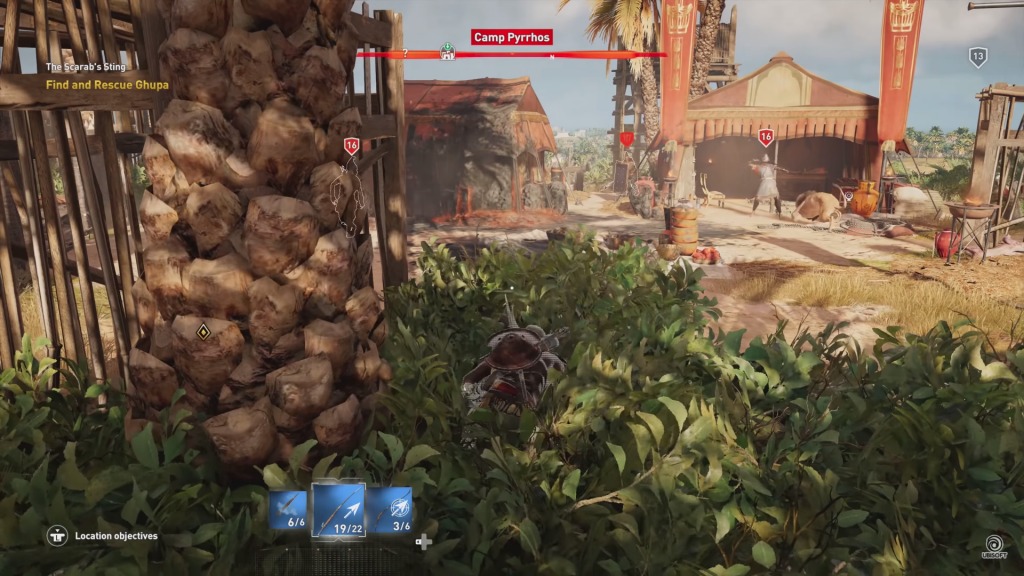 Not very visible in this screen shot but that is a lion that has been tamed to attack. Even nature is on your side ! 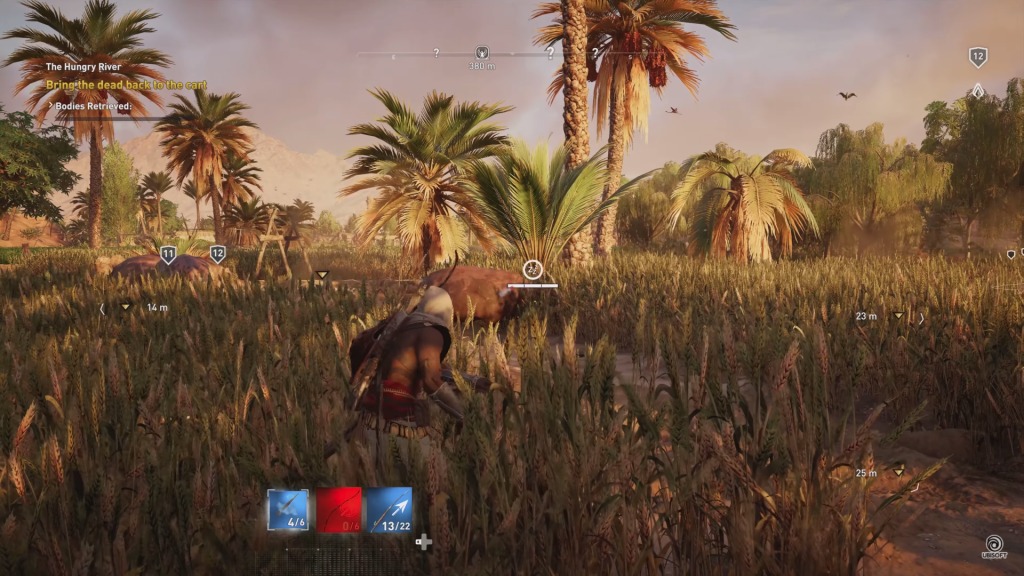 Those are Hippo’s. A whole field of them! Only Ubi could make friendly Hippo’s into ultra dangerous attack animals ! Actually I’m told they get very aggressive if mistreated. You have been warned. 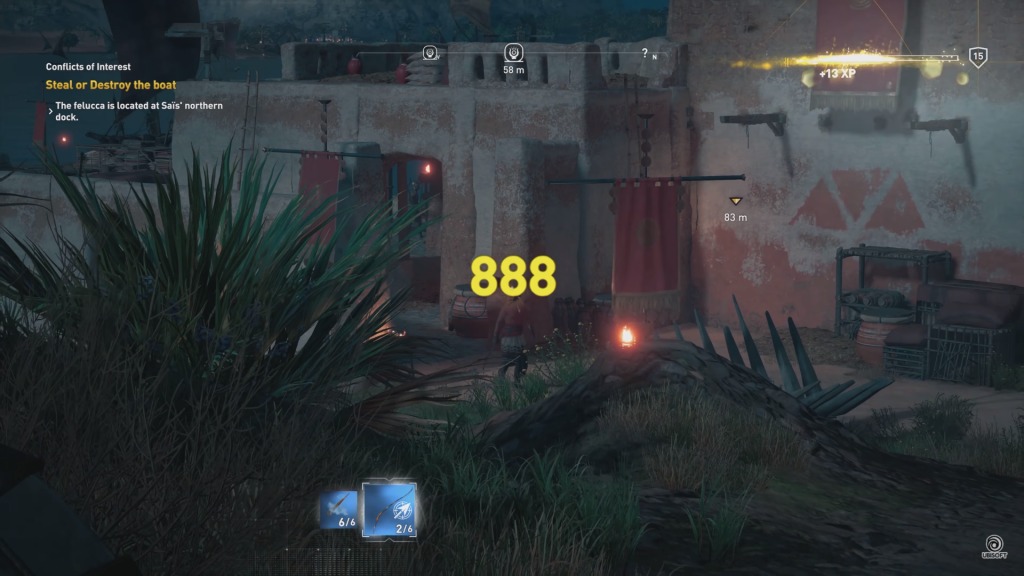 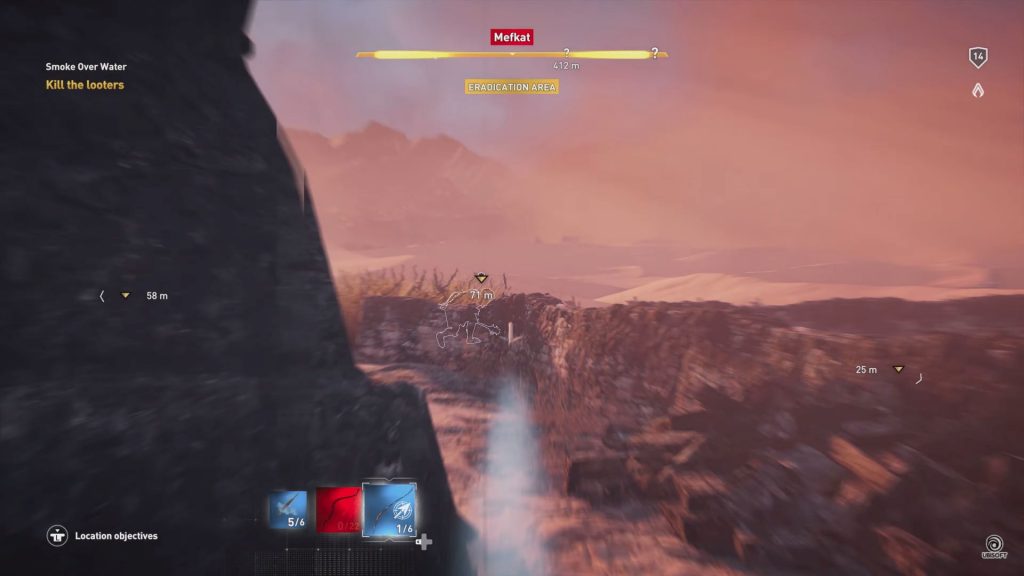 Steerable arrows. I wonder what the explanation for this is. Some kind of Psychokinesis ? A precursor civilisation technology ? 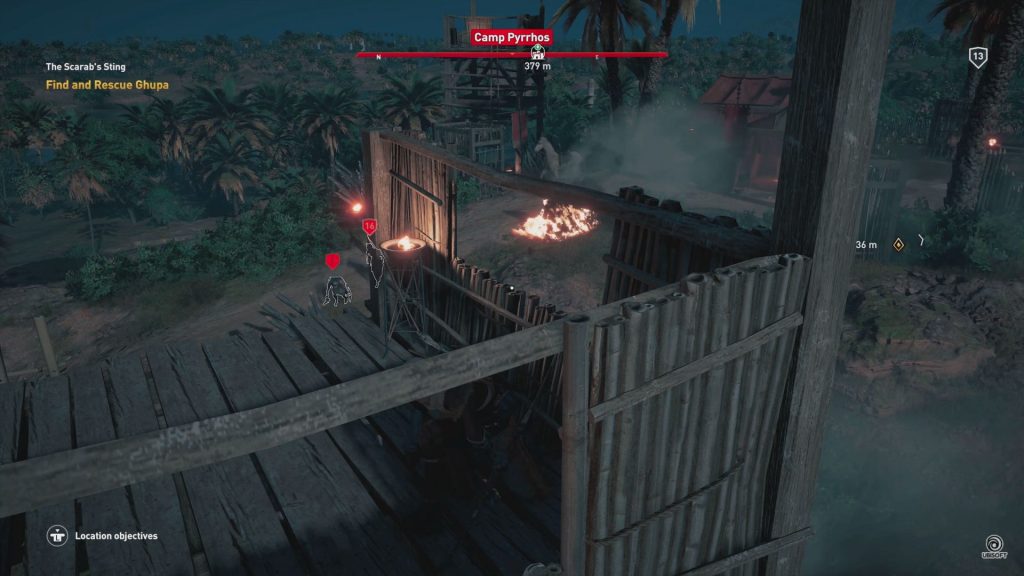 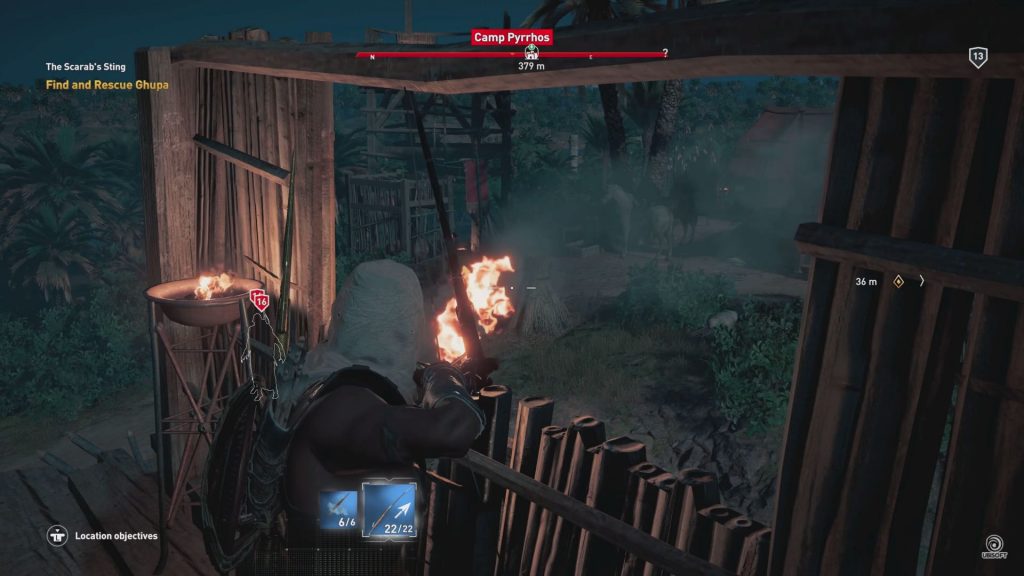 Fire in AC ? Don’t think I remember fire being an element of game play such as it is in the Far Cry franchise, until now. Oh wait! It was originally Ubi who bought AC elements into the Far Cry franchise. Now FC elements (or were they ! I’m so confused) are being fed into AC. Does anyone actually know where these game play mechanics originally came from in the first place anymore ? Does it really matter ? (shrugs shoulders). 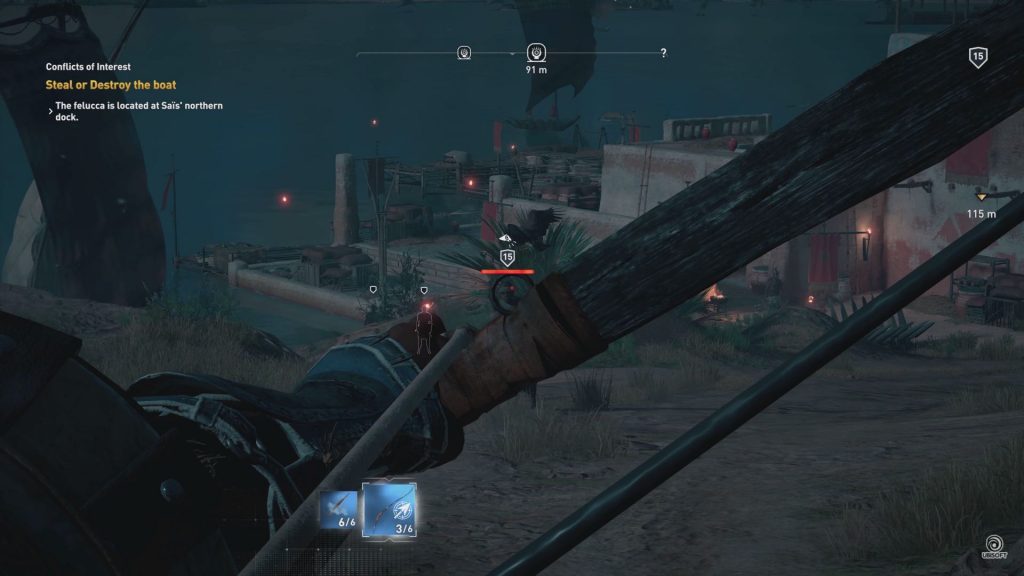 Eagles disobey. Or obey YOU in this case. Not sure if this is a tamed Eagle or the standard AC Eagle that seems to have populated the entire world, yes, even 19th century London ! Talking of things that don’t make sense but just make AC more endearing. I was playing AC: Syndicate and you have to capture a pick pocket. Pretty cheeky and hypocritical seeing as your gang is already employing legions of street children … to pick people’s pockets ! But I suppose they could be rival pick pockets on your turf.

So there you go. Can AC:O match FC 5’s dogs that can steal weapons for you ? Do animals have a lobby group to monitor how they are portrayed in video games ? Does anyone actually really climb on rooftops a’la AC ? Maybe there’s another reason roof tiles occasionally get mysteriously displaced ? For answers to these questions and much more tune in next week !2,004 views