While healing and understanding Mind Control that I was subjected to, I have also been facing the reality of it.

Mind Control, including child abuse, child prostitution, child trafficking, the creation of mind control slaves through manipulation, drugs and torture is a known operation in effect [EDIT: July, 2017. Removed previous link used here as it was to what is likely contaminated information].

It is an insurgency and war on peaceful society carried out by Fascistic factions in the government, intelligence and medical systems. It is what I am terming a “second, Second World War” as this operation appears to have been started in 1947 with the passing of the National Security Act in the USA as well as distraction and psychological operations carried out with the “Roswell” and UFO/Aliens smoke and mirrors used to cover human experimentation (the “abduction”) and to discredit victims who have been led to believe that “aliens did it”. That was all a direct continuation of Fascist policies in the 1940’s. Criminal NAZI’s were transferred to the United States in Operation Paperclip [EDIT: July, 2017. Much better quality original research into the op is here at this link].

This is all understandably difficult to believe and understand for the public. The actions of Psychopaths often are, as they put themselves and other’s in situations and at risk of harm that most normal people would not accept.

This is where Company of Heroes got me thinking. The allies did not usually put their soldiers in unnecessarily risky situations. Operations were usually carefully planned to reduce the loss of life. The Axis on the other hand would often carry out operations in a way that most normal human beings would not accept as an acceptable risk.

Blitzkrieg being the prime example. The Blitzkrieg approach was not considered by most normal human beings as a legitimate military approach, simply because it was so risky. Not just in traditional military strategy, but it was risky to the life’s of the soldiers involved. That is what made Blitzkrieg so devastating … to begin with. 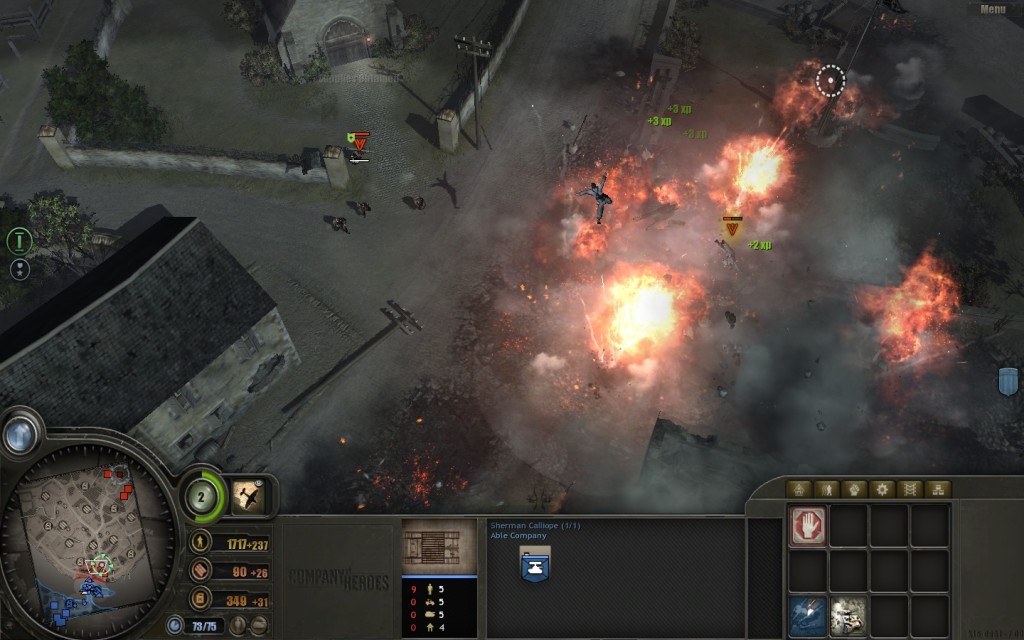 Outside of accepted military moral behaviour the Axis put their soldiers at incredible risk in those operations. To begin with they got away with it … until the Allies started catching on to their tactics. There was also a “terror” element. Who would not be afraid of a regime that obviously cared very little for the life’s of their own soldiers ?

That was the pattern in the 1940’s by the Fascists.

Now we scoot forward to 1947. The same military, government, intelligence and medical factions that led to the creation of the German Fascist regime regrouped. Many criminal German elements were transferred to the United States in Operation Paperclip. Under the auspices of the Cold War a new Fascist war was started … yes a Second, Second World War no less. But this time not using, on the most part, conventional weapons, but using Mind Control and other manipulations (although one could argue that some of the psychological manipulations and drugs are battlefield chemical and psychological weapons).

But Company of Heroes got me thinking …. THEY ARE USING THE SAME TACTICS AS IN THE 1940’s !

This explains some of the public’s dismay and denial of the Mind Control agenda. In many ways the Mind Control agenda mirrors the Blitzkrieg of the 1940’s. An audacious, risky endeavour that puts life’s at unnecessary risk. It’s scary and people can instinctively see the psychopathic behaviour behind it. But initially it seems like you can’t fight it … just as happened in the 1940’s.

That is until we hit the Battle of Britain scenario. The Few.

That is where we seem to be at the moment. Those aware of the agenda, if they are victims, survivors or interested parties, make their stand while some in the public mutter darkly about the Fascist Mind Control being “the new reality”.

But Hitler didn’t invade Britain. He was afraid of being defeated in this country and therefore losing the propaganda war promoting Fascist “invincibility”. Yes, that myth of Fascist superiority. So he “freaked out” and attacked the Soviets instead.

Either way the deadlock was broken by Britain. Why would an “invincible” Fascist army be afraid of Britain ? A Britain, by all reports at the time, seriously lacking in military resources after the debacle of Dunkirk. But the jig was up, although the weakness and vulnerability of the Axis would not be completely proven until Tobruk (where, for example, tactics to counter Stuka bombing were developed) the tide had turned.

In Tobruk, anti-aircraft crews were instructed to stick to their guns rather than withdrawing to bunkers in a Stuka bombing run. It worked ! Continuing to fire, as the Stuka came flying down with all sirens screaming, actually put the Stuka pilot off from his bomb targeting and the Anti-aircraft crews and guns were saved. This was immediately communicated to the Soviets who started using the same tactics.

The point of this story ?

It’s the origin of the phrase “Stick to your guns“. See Tobruk by Chester Wilmot for the rest of the story [EDIT: July, 2017. I am currently seeking another copy of this book as the one I read was from the library, in order to quote exact passage here].