Ever feel like some heavy lifting needs doing around here ?

This is how I feel when dealing with various self professed “mental health campaigners” and/or most people who at least claim to “want to replace coercive psychiatry in this country”.

In reaction to these same activists asking coercive psychiatry to change its ways, psychiatry responds … 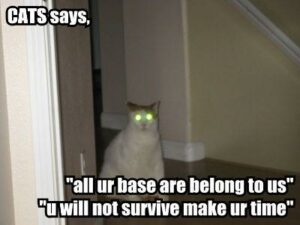 I’ve never heard a single one of these activists mention Martin Luther King. Not a single time. So what does he say ? …

“And if Nkrumah and the people of the Gold Coast had not stood up persistently, revolting against the system, it would still be a colony of the British Empire. Freedom is never given to anybody. For the oppressor has you in domination because he plans to keep you there, and he never voluntarily gives it up. And that is where the strong resistance comes. Privileged classes never give up their privileges without strong resistance. So don’t go out this morning with any illusions. Don’t go back into your homes and around Montgomery thinking that the Montgomery City Commission and that all of the forces in the leadership of the South will eventually work out this thing for Negroes, it’s going to work out, it’s going to roll in on the wheels of inevitability. If we wait for it to work itself out, it will never be worked out! Freedom only comes through persistent revolt, through persistent agitation, through persistently rising up against the system of evil. The bus protest is just the beginning. Buses are integrated in Montgomery, but that is just the beginning. And don’t sit down and do nothing now because the buses are integrated, because if you stop now, we will be in the dungeons of segregation and discrimination for another hundred years. And our children and our children’s children will suffer all of the bondage that we have lived under for years. It never comes voluntarily. We’ve got to keep on keeping on in order to gain freedom. It never comes like that. It would be fortunate if the people in power had sense enough to go on and give up, but they don’t do it like that. It is not done voluntarily, but it is done through the pressure that comes about from people who are oppressed.“

So just keep politely writing to your MP. Take part in another “mental health day”. Have polite conferences and meetings. Write thousands of books for the veritable cottage industry that is “anti-psychiatry”. Keep waiting for it to work itself out. Work within the various systems and ways in this country that are set out to sideline you and give endless “hope” that one day change will come. Don’t rebel. Don’t become a “radical”, because BY GOD they will try and call you “violent” if you actually start practising the NON-violent revolution that King and Ghandi both invented. That’s right, just behave. Be a good little boy or girl ! Listen to your wise uncle Michael now !