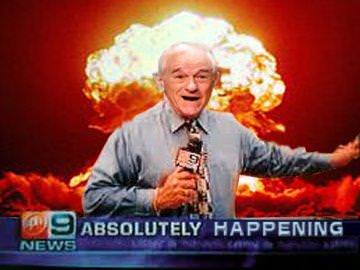 According to many people in society there is nothing worth examining about the Psychiatric profession. Its almost as if, as the evidence mounts the bigger the denials become (evidence examples: Example 1, Example 2 ). Commonly stated excuses include …

“Many people are helped by the Psychiatric and Mental Health professions.”

“My friends life was saved by Anti-depressants therefore what you’re saying can’t be true.”

These statements are logically flawed because they fail to take into account that victims of Psychiatry/Pharma are drugged with truly extremely powerful drugs more akin to Cocaine and/or Heroine than any kind of legitimate medical treatment. As anyone should know putting a powerful drug into the body affects cognition. Try discussing politics with your friend after he’s had 10 pints of Lager. Or try and reason with a heavy Cocaine or Amphetamine user. Here we have a disconnect with reality created by the corrupted Psychiatric profession (in league with corrupt Big Pharma).

The statements made by former Psychiatric patients who say they were “helped” by Psychiatry cannot be trusted. The Psych drugs can so profoundly change someone physiologically and psychologically that the victim can just “think” they are “being helped” when actually they are deteriorating both physically and psychologically.  Dr Peter Breggin calls this “Spell Binding” (look it up!).

We see the same thing with Cocaine and other street drug users. There was a study done (which I don’t have to hand but may add here later) where Cocaine users reaction times were tested. On the drug, they thought they were performing BETTER, but the measurements showed their reaction times had become slower. you get the same thing with drink driving. That’s why drink driving is so dangerous. The drunk driver thinks they are “driving OK” when actually their reaction times have been slowed right down by the alcohol.

When anyone puts something in your body that is going to profoundly effect your brain, if it’s a Psychiatrist or a street drug pusher is it any wonder that cognition is profoundly altered and destroyed ? I mean everyone should really be able to grasp this simple fact.

Yet we live in a situation of hysteria created by corrupt Psychiatry/Pharma where facts are getting lost. It’s difficult to think straight.

So when you hear the sound of that silence surrounding profound abuses by the Psychiatric profession ask yourself this. Who is telling me “everything is OK”. People on so called “Anti-depressants” ? People who take what those people say on face value without admitting simple facts about the way human brains are scrambled by drugs ?