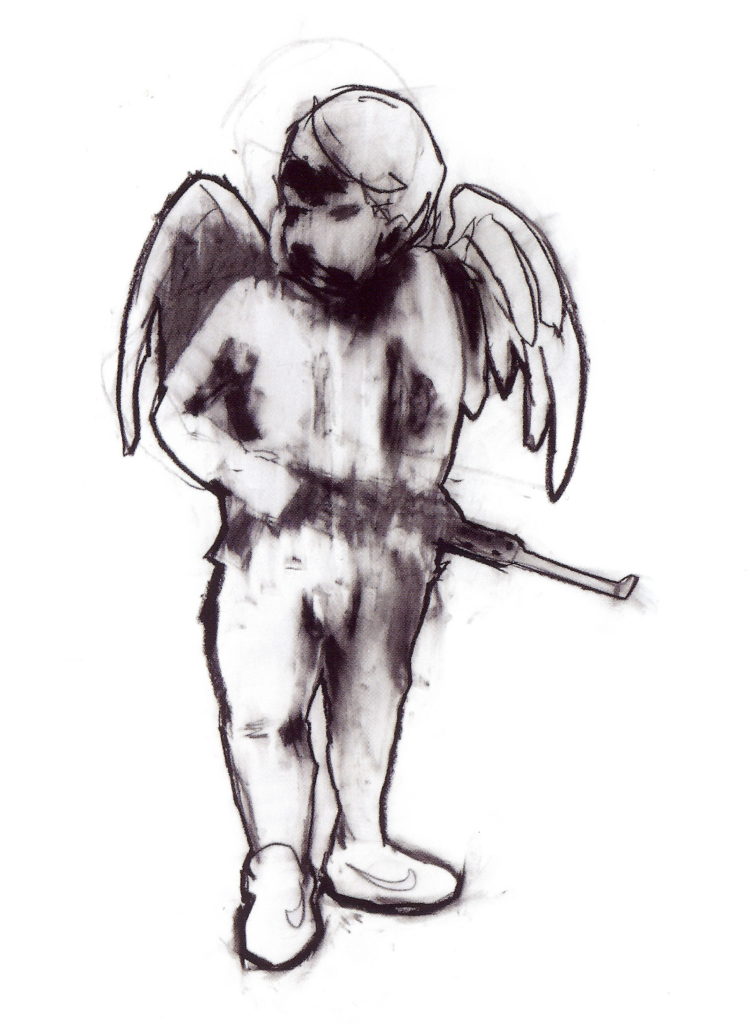 Donald Kalsched writes about this so well. For an introduction see “Unlocking the Secrets of the Wounded Psyche: The miraculous survival system that is also a prison. Jungian analyst Donald Kalsched is interviewed by Daniela Sieff“.

This seems so obvious to me now. Serious, unmanageable childhood trauma at a very young age (before development of a full Ego) can lead to splitting off of the childhood innocence into one part. Another part becomes the protector of that innocence. This is all happening in the sub-conscious; the magical and mythopoetic mind, which is why the problem starts. Later on this construct becomes difficult to access by the adult mind. Also what is set up is the production of ongoing trauma by the protector part that is stuck in its childhood state. All external threats are mercilessly attacked to the point where the “protector” takes on dual forms of protector and persecutor. You’ll have to read the article above to get a full understanding. The entire story is in the book “The Inner World of Trauma: Archetypal Defences of the Personal Spirit” by Donald Kalsched.

But it seems so obvious to me now that this is EXACTLY what we see in the corrupt and criminal Psychiatric system in it’s mode of locked wards, damaging drugs and electroshock. The psychology of complex trauma created in childhood has broken out, in so many cases, into that profession. Here we enter into the realm of criminal profiling, Forensic Psychology and, horrors of horrors, HOW psychopaths get produced into, in this case, their “Protector/Persecutor” forms of supposedly “caring” Psychiatrists. Look at this quote from “My Response to a Defender of Psychiatry” …

“Dear future and past patients: I. COMPLETELY. GET. IT. Nothing about being on a psychiatric ward is typical, even for a medical setting. But I (and every nurse, social worker, psychologist, occupational therapist, physical therapist, nursing assistant, and physician I have ever worked with) also really want to help you. That is why I chose a career in medicine, and even more true of the reason why I chose to specialize in psychiatry. I worry the images you have of inpatient psychiatry scare you and prevent you from seeing me as an ally. Even when I tell you that I am here to help, I can see the skepticism in your eyes and hear the fear in your voice. I am trained to observe, after all.

It is not surprising, then, that when I read descriptions or see my job portrayed as forceful or horrific, I want to take the time to correct them. I am not doing this simply because I want to protect my profession, but am actually doing this in defense of and in support of anyone who might need mental health help in the future. Stigmatizing attitudes toward psychiatric illnesses already exist; fear of psychiatry and seeking care do not need to be added to the equation.”” [My emphasis]

Source: “My Response to a Defender of Psychiatry” By Phil Hickey.

Here is another quote from the comments section on that page …

“Christos Browne • a year ago
I believe your article does much to damage the attempts to help people with mental health problems. Psychiatry is multi-disciplinary… and medications are just one part of the approach to addressing those needs. I do not claim to have the answers for these problems, but I love someone who does suffer from it. You deviously add to the paranoia and that does not help. Every doctor is well aware of the fact that human sciences are not perfect. Each one of them lives with a healthy level of skepticism. But until there is a better tool I do not support going back to the dark ages. I notice you have not even responded to several of cledwyn’s posts publicly… but you are very busy thanking all the twitter followers who have fodllowed/retweeted you. This forum may not allow you to help this person… but your diatribe may only confuse an already vulnerable individual..” [My emphasis]

Source: “My Response to a Defender of Psychiatry” By Phil Hickey.

That gives some flavour of the mind set of these Psychiatrists. I think anyone who has been subjected to the onslaught of Psychiatric attacks or knows a little about the subject will recognise some of what is going on here, especially in light of the research of Donald Kalsched as cited above. Also that mention of the “dark ages” above signifies the historical context of an age old human problem and mistake. I’m reading a book about the history of the Inquisition of the Catholic Church. Psychiatry is resplendent with all the same mistakes of a crusade for “the greater good” to “protect” as well as persecuting “heretics” with torture.

So with criminal Psychiatry what we are dealing with is monsters from Id ! The corrupt Psychiatric profession attracts those individuals, into positions of authority, who have developed that “splitting” in early childhood that Kalsched describes so well. But they have never resolved the crisis. The internal protector/persecutor has grown to monstrous proportions. To the point where it has forcibly battered down the walls and boundaries that usually exist between these Psychiatrists internalised nightmare and the outside world. The internal protector/persecutor has grown into monster that stalks the locked wards of the corrupted Psychiatric profession. Rather than protecting/persecuting some inner child, the complex is now COMPELLED to “protect” others deemed to be “defenceless children”. But just as in the process described by Kalsched, the protector has become a persecutor as well, using toxic drugs and electroshock to “protect” the “defenceless little children” in the ward from the dangers in the outside world.

Here is a quote from an email I received …

This is CLASSIC corrupt Psychiatry. The toxic drugs and electroshock are known to rob the individual of their capacity to relate in order to “protect them” from further harm. This is actually the behaviour of pathological Psychiatrists who have extremely serious, unresolved childhood trauma’s that have broken out into the real world of the Psychiatric ward (and/or “community care”).

“Being an unmediated, unintegrated, magical system, once the archetypal self-defences have been mobilised the system ossifies into a closed, rigid paradigm which is shut off from human influence. The system resists being educated.” [My emphasis]

Source: “Unlocking the Secrets of the Wounded Psyche: The miraculous survival system that is also a prison. Jungian analyst Donald Kalsched is interviewed by Daniela Sieff“.

Now doesn’t THAT sound like the Psychiatric profession ? Seemingly impervious to protest, exposures and scandals, year after year, decade after decade. Here we have serious forms of organised crime and pathology that are crying out for analysis by Forensic Psychologists and Criminologists.

Kalsched uses tried and tested methods. They are commonsensical and reasonable. Based on years of research and direct revelation by actual victims of childhood trauma. How ironic that he inadvertently exposes the psychological canker that is at the heart of supposedly “caring” Psychiatric professionals.