WARNING: Please consult a trained medical professional before proceeding with any treatments.

Abusive Psychiatry –> Massive Trauma (Drugs & ECT) –> Reduced conscious awareness created by abusive psychiatrists using modified torture techniques and drugs that lower self awareness –> Lack of awareness of injuries due to this as well as severe memory loss (cannot compare current self with self/body prior to injury) –> Leads ultimately to chiropractic expression of this in the body as bad posture, spinal problems (cervix neck and so on). 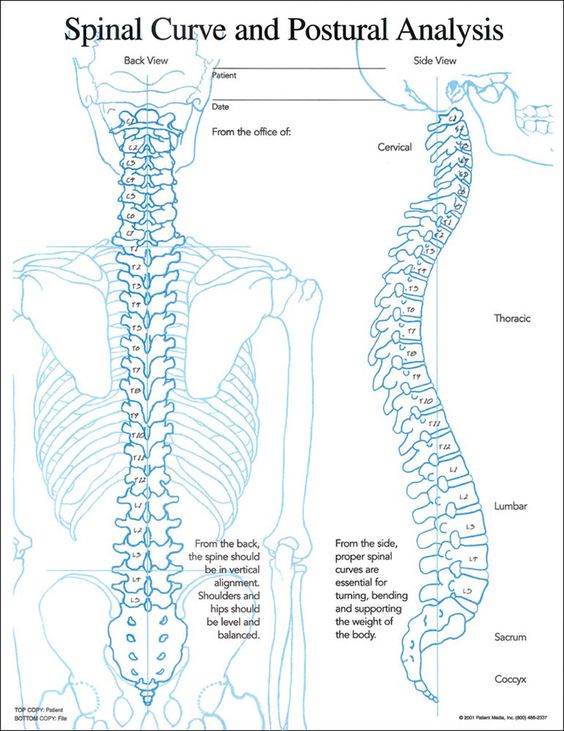 This is a two way process. 1. It was created by the psychiatric torture in the first place, 2. It perpetuates itself by altering and suppressing the consciousness of the target because the body is a quantum consciousness lensing device. You don’t “see” reality through your eye’s, you see reality through a total body consciousness effect, a field. This is the God template, the form. Therefore abusive psychiatry distorts the chiropractic form of the body so you no longer feel yourself and you no longer “see” reality as it is (“the isness”). The escape is through attending to restoring AWARENESS. This lack of awareness is often “set” in place by the use of metabolism (Thyroid) lowering “antipsychotic drugs” so that there is simply not enough biological energy there to heal injuries or be aware of them. This is not a coincidence. Bigoted and abusive psychiatrists know that ECT alone may be survivable and recoverable from. They want to keep you permanently segregated due to their ideology. They have taught society to see the bad posture; sticking out neck and other body deformities that look “not right” or “weird” and so forth, as “the mental illness of the person“. Of course the gross abnormality of the God template of the human body is actually direct evidence of gross torture and is easily perceivable as such by anyone at least minimally in touch with reality. Not being offered simple human compassion based on this obvious fact further distorts the body posture and consciousness template due to the upset caused. Treating the low metabolism, and any other health problems that have been caused for you, using Ayurvedic medicine; Gotu Kola, Ashwagandha and specialised vitamin supplements for the thyroid, will being the metabolism back up. Then awareness returns, THEN you will instinctively start noticing your bad posture and correcting it. This is the way out. This may sound like a Catch-22; “But my brain was damaged. I can never recover my memories or sense of self“. This is FALSE. The real self, the soul, exists outside of space and time. It is non-material so can never be affected by the interventions of abusive psychiatrists. Therefore there is always a self that can direct healing from the “outside” however bad the damage. This is the spiritual truth that many activists won’t tell you or don’t know about. See the book The Power of Now by Eckhart Tolle for much more about this. Peace and good luck !

Chiropracty is based on two truly scientific ideas, Innate Intelligence and Vitalism. Far from being “pseudoscientific” as the Wikipedia page on Chiropracty fraudulently claims, these ideas are vastly more ancient than modern science and underlay all modern forms of science. It’s of course where Science came from in the first place. Scientists such as Dean Radin and Rupert Sheldrake continue to push forward the boundaries along with many others. In fact over the last few hundred years there have been thousands of scientists and discoveries in this area. The field is huge and encompasses all forms of life and human endeavour. The fraudulent true pseudo-science called “Scientism” continues to malign and lie about genuine science. People are kept away from these genuine forms of science in deference to purely materialistic drug and surgery nonsense that has its worst and most evil form in psychiatric atrocities. This Scientism Elite posture themselves as the socially acceptable form of “Science”. Only the Scientism Elite are to be treated as legitimate, everyone else is a weird charlatan. However it is really those who project their insecurities onto the world that are the problem. Think about it. Even if there are controversies involved in Innate Intelligence and Vitalism then why exclude them from the building ? Why make them into social pariahs and ban conversation about them ? Does that sound scientific ? Meanwhile we have millions of victims of bad medical treatments who are not being told that they can be completely freed from their suffering using real science. They are left in agony and truly appalling suffering for years, even decades, while self appointed “protectors of science” pontificate on the side lines about abstract subjects. It’s about time THEY were ignored and turned into social pariahs themselves; truly the weirdos in the corner babbling about insane things ! It’s about time this nonsense stopped and REAL help is bought in. Because what could be wrong with that ?