The issue of forced treatment by psychiatry has been carefully hidden for over 70 years. Victims are often told that “your society has asked us to do this to you“. This is at best a twisted reflection of bigotry from society aimed at the distressed. But bigots are only ever a sub-set of society, not the whole society of the country or people’s of Earth. Just as discrimination against blacks was defeated by an organised civil rights movement, or individuals like Oscar Schindler who rescued Jews in the 40’s, a million other issues of discrimination have been successfully challenged over the years. So a failing medical and pharma thought they could slap default no-choice medical treatments down on people. Well the people of Canada and the rest of the world are having none of it. Many in the protests have said they are vaccinated but don’t want to see people who don’t want vaccinations forced to have them. 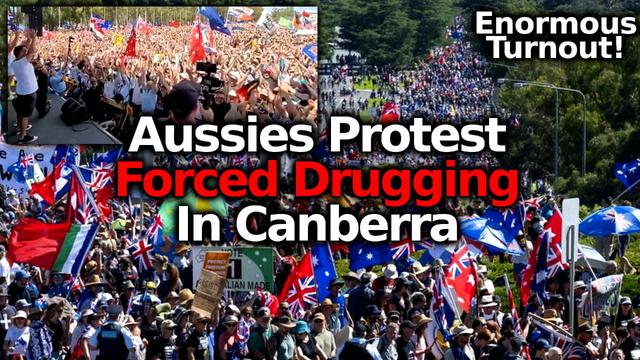 The World Health Organisation (WHO) mentality crossed the line. A WHO whose first president Brock Chisholm espoused the “benefits” of changing people’s behaviour, not standing up for health and freedom that a real organisation, that might have been named The International Health Organisation, would have done. Brock Chisholm, himself a psychiatrist, brings this whole situation full circle to that seeming intractable situation – forced psychiatric treatments – against supposedly “dangerous” people (who is “dangerous” here when damaging and violent “treatments” are used such as toxic drugs and ECT ?). Many have tried and failed to solve this situation and continue to apply bad thinking even after Franco Basaglia and his colleagues SOLVED the problem in Italy starting from the 60’s into the 70’s and 80’s. A model, the Trieste model, that is being applied across the world removing violent “treatments”. Many have blamed “capitalism” and especially psychiatry itself. But psychiatry is only a go-between. Blacks in the deep south USA were lynched by the bigots themselves. Jews were attacked by the actual anti-Semites. But the distressed are attacked by “special agents of public compensation” as Basaglia put it. Crucially the distressed target is not aware they are being discriminated against, like a black would have been in deep south United States of America in the 60’s. The process is peculiarly obfuscated (unless you’ve read Basaglia’s papers) but has its origins, as all scapegoating does, in human tribal, superstitious and psychological practices that needs to find a target to relieve personality flaws and fears that the sufferer refuses to take responsbility for. This is especially seen at a high level where “elites” look down in scorn on the ordinary man. People are deemed to need “guidance” from patronising priests of the “elites”. But people are of course quite capable of running their own lives, a fact that seems to surprise modern day Chisholm’s when truckers take matters peacefully into their own hands. This is also the way it should work in the realm of psychological distress. Of course many families take matters into their own hands when a family member get’s severely distressed, we just don’t hear about it. I remember staying with a family in Barcelona. This lady had an obviously distressed in some way Brother. But he was not thrown out or outcast. He was living with his patient Sister who was just letting him go through his “stuff”. No force. This is the way it should be.