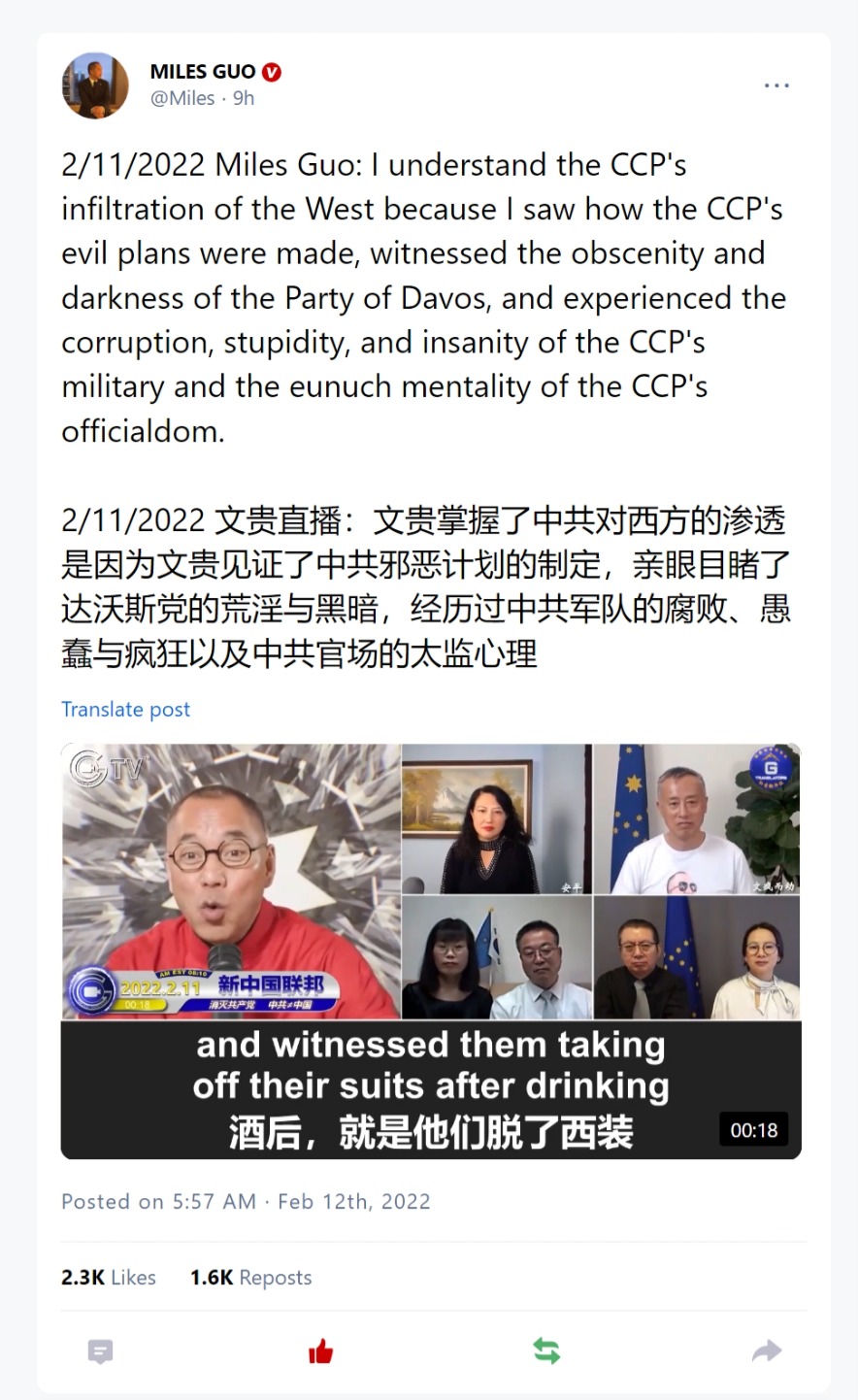 This is astounding. After getting blocked by Twitter, for absolutely nothing, I carried on with my already active and in use Gettr account. I was amazed to find hundreds (there are probably thousands if not millions) of accounts of Chinese people and other interested parties who are completely absent from Twitter, Google and Facebook. I wonder why that could be ? Could it be because as soon as you hear what Miles Guo has got to say you will realise what you have not been told, not just about Chinese communists (the CCP), but about the despicable politicians and heads of companies that are selling you all out behind your backs while they hide what they’re doing by controlling social media. But they have a weak position (why do you think they are so obsessed with hiding the truth?) because voices like Miles Guo and many others are out there telling it how it is at great peril to themselves. What brave people. What true human beings who believe in the human race !