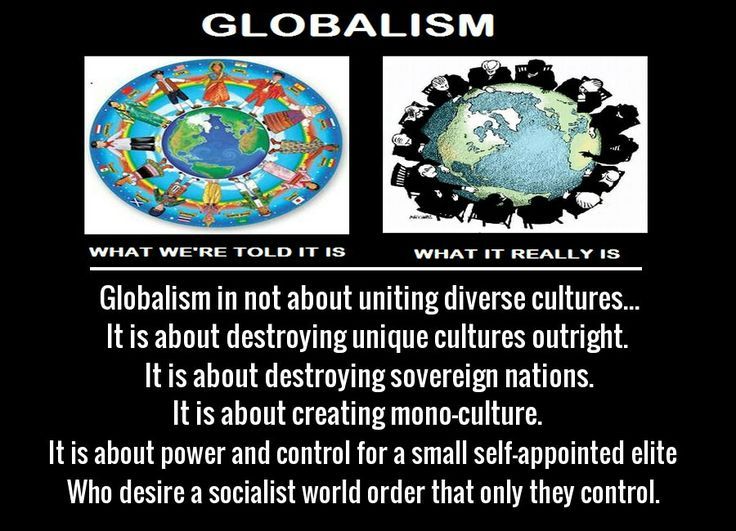 It may seem unbelievable but this is what Globalists do. They have carried out a campaign over at least the last 50 years and/or at least since the end of WW2, to radically change human beings. Remodel them into compliant and enslaved “global citizens”. I myself circa 1993, stated in answer to a question “I believe myself to be a global citizen“; the reader must realise what crucial evidence that really is.

Globalists want to attack and destroy what makes us human. They hate themselves and humanity. They blame everyone for environmental damage, global warning and, their loudest clarion call, for all wars. They make no distinction between human beings who have made bad, often profoundly evil decisions (that created for example the Holocaust in WW2) and human beings who abhor such acts and never participated in such evil acts, and even gave their life’s to stop them. Everyone is guilty in the eye’s of Globalists. Man as a whole has become “his own worst enemy” according to them. The only thing that could possibly come close to such an accusation is the Cold War itself. Proliferation of nuclear weapons and the threat of global annihilation was rightly seen as insane and absurd. Countless “post-apocalyptic” creations were spawned over the years to explore this. Films, video games and so forth marked a new genre of artistic exploration of a difficult subject.

However the Globalists view is not honest about the real reasons that the Cold War developed. The evils of Hitler and the NAZI’s as well as Fascist regimes in Japan and Italy forced a new arms race. The NAZI’s were developing nuclear weapons of their own. This began with the V2 program that weaponised a new technology at the time. Rockets. The world was embroiled in a struggle against fascism on a world wide scale and by the end of the Pacific War the United States had fought a bitter struggle against Japanese Fascism. It could have gone too far. Too many life’s were being lost and in those dark times the Allies did the best they could with what they had. So it came to Hiroshima and Nagasaki. These acts are rightly notorious in our history. But was it really the “fault” of the Americans or even human beings as a whole that those events happened ? The Allies were forced into it by pernicious forms of fascism. “He turned us into murders” is one quote about Hitler that comes to mind. This is what evil does. But to reject these facts and turn this entire history around to be used against normal human beings is truly offensive. It denies that fact that human beings are capable of both good and evil. It is not a “problem with the race”, it’s just the reality and a subject that veers into Religious and spiritual areas. Metaphysical. Into the mystery of life itself. Who are we to judge ? How to we KNOW ? Have Globalists become so arrogant that they think they can make ultimate judgements and insights into things ? HOW DO THEY KNOW ?

We are imperfect beings. We make mistakes. But in the pursuit of a Utopian dream Globalists threaten to create just more problems in an already complicated world. They seem to have lost trust in the individuals ability and potential to solve their own problems. Globalists want to solve your problems FOR YOU if you like it or not. They have also been remodelling human behaviour through the medical and especially corrupted forms of psychiatry. I myself was drugged in 1976 as a 6 year old with a toxic class of psychiatric drug, simply because I had symptoms of trauma from abuse. Is it really any coincidence that that drug contributed to a form of brain washing that led me in around 1993 to state to a friend that I believed myself to be a “global citizen” ?

I eventually rejected that definition and woke up to what was going on. What the Globalist’s can’t see, or don’t want to see, is that every human being has a SOUL. That soul and mind is capable of thinking for itself and does not like to be controlled. What are Globalists going to do ? Play judge and jury in a billions year old game of evolution ? Do they really think they understand all the mysteries ?