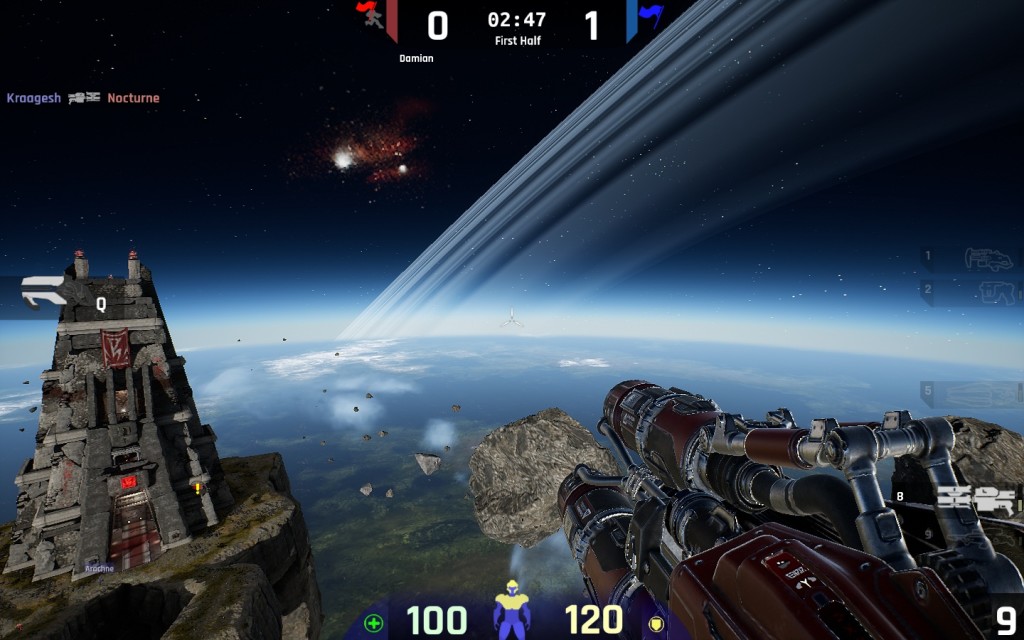 Always setting itself apart from the other shooters, first there was Unreal in 1999, then there was Unreal Tournament. Unreal always had a way of mixing together Medieval and Science Fiction to produce unexpected and surprising results, and now its back !

After some scepticism on my part over Epic’s “play for free” and “open community development” approach, I find that my fears were unfounded. The game appears to be in very good hands, very good hands indeed. The “pre-alpha” is in a surprisingly advanced stage of development and I highly recommend trying it out. At least at the moment there are not any game breaking bugs, although I did have a login problem that was solved by resetting my password (use the “Forgotten your password?” link in the login window of the launcher). 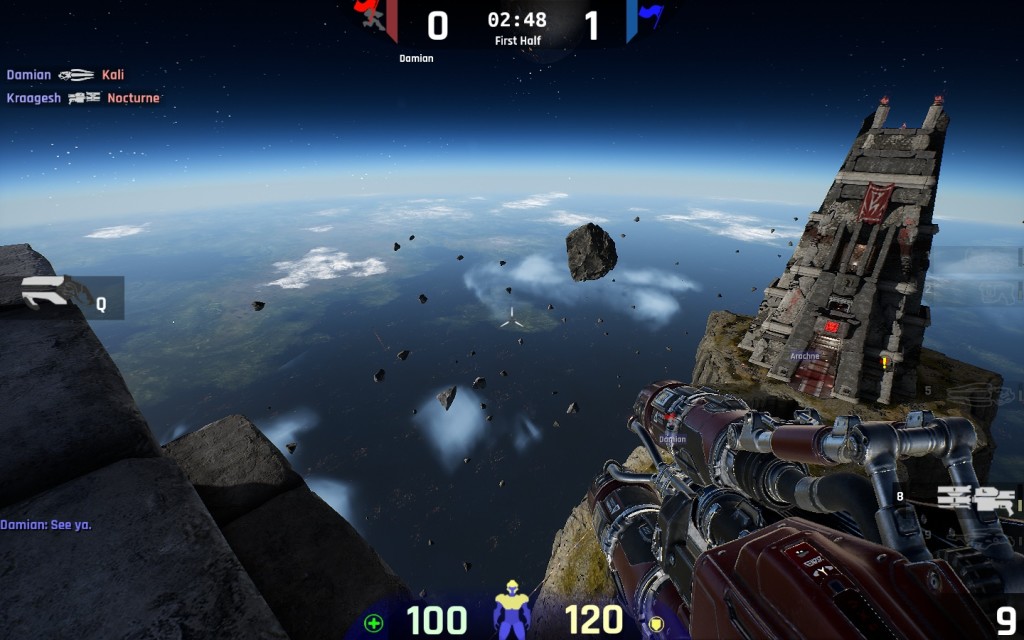 Game play is a revelation. Gone is the failed adventure into Gears of War graphics that Epic experimented with in Unreal Tournament 3 (although there is in fact a decent enough game in there). Now we have a clear, bright POSITIVE look which was what always attracted me to Unreal and then UT. The game play is that silky smooth REVELATION that the original UT always bought to gaming. It’s THE FLOW, the same thing you see in a well produced piece of music, or a well edited and photographed film. ITS A PLEASURE TO PLAY. Thank God Epic have realised that they still have “it” ! This game is going to KICK THE ASS of the lame excuses for “fun” games that somehow slime their way out of production studios (trying not to look your way DICE with possibly SW: Battlefront not withstanding). 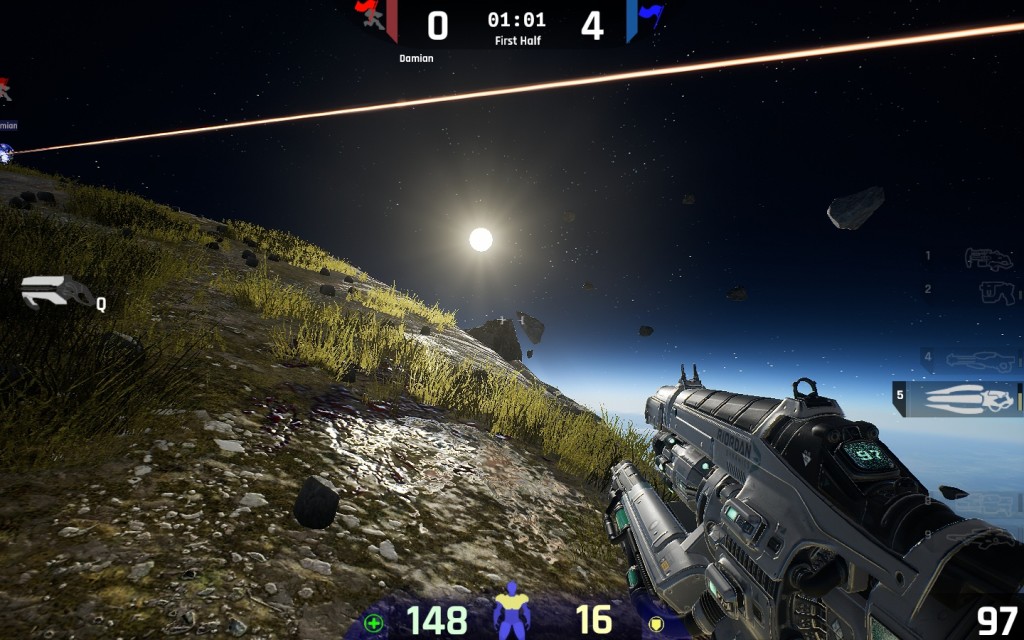 To my joy, performance is very, very good. My system as usual at the moment can’t handle the enormous textures of these more recent games @ 4gig ram. So until I receive my 8gig upgrade textures will be set low. Everything else is maxed out on my AMD R7 260X, 3ghz Quad Core system. Its a mid range system and as usual Unreal Engine, even @ version 4, makes a very good job of keeping everything very well optimised and running at a high, smooth frame rate.

I’m so glad Epic are showing us that making the next generation of 3D engine does not mean having to invest in bank account crippling hardware upgrades. These days I think most PC owners would accept that you need a fairly recent GPU, CPU and 64bit OS to play the latest games. But its simply horribly corrupt not putting resources into fully optimising code so it will run effectively in real time, even at high settings. 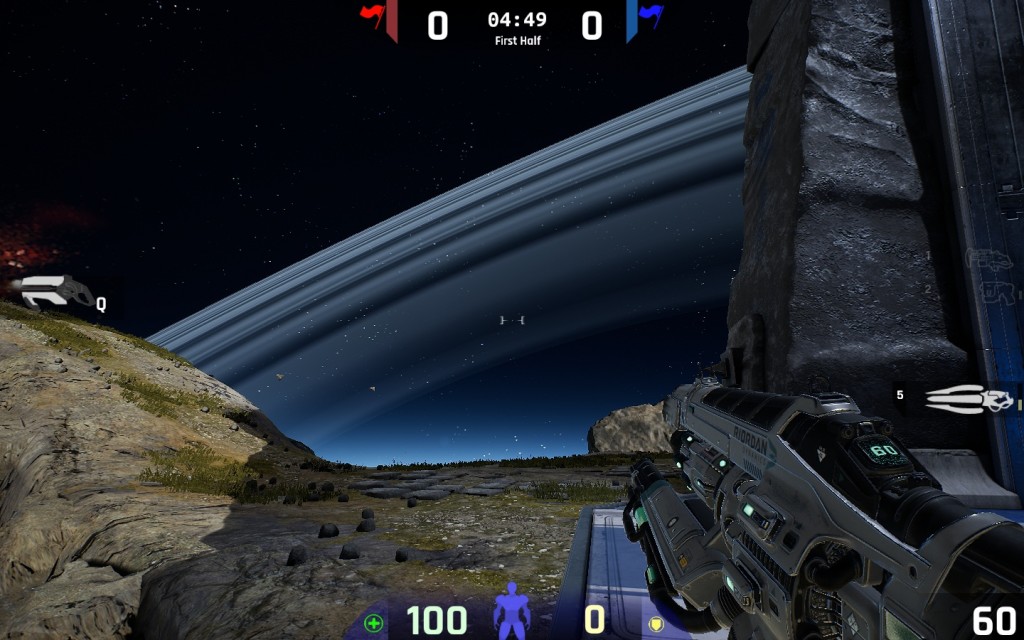 I have not benchmarked UT4 but its running from 40 – 60fps depending on the map loaded and that is usually towards the upper end. UT4 is meant to be a way to show off Unreal Engine 4 and there’s a lot to see here. There’s some very interesting lighting and effects going on that actually increase immersion rather than getting in the way (actually “Outpost 23” shows this better than Facing Worlds). Just as we saw in Assassins Creed Black Flag there are some genius coding innovations going on here. Ever wondered how Black Flag managed to fit in all those complex environments and a full ocean simulation to boot ? Yep, someone had to solve the math problems in the code to keep the entire thing running at a high frame rate. So here we see the same thing going on with UT4. THAT is what attracted me to the original games; innovations in the technology that are actually USED in the game play rather than being introduced simply as “lets blind them with science” effects. However at this early stage of development we’ve yet to see what else the engine can do … I’m thinking of that “Convoy” level in UT 2004, Epic. 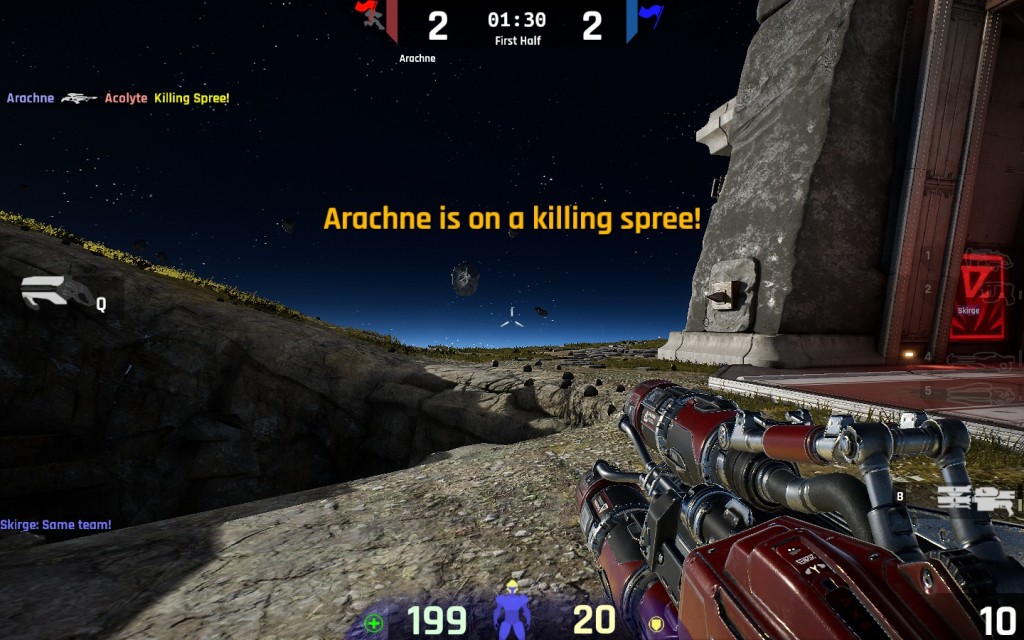 So here we have it all. A kick ass engine. A kick ass game. Even bots are there as well. What a tragedy it would have been if Epic had removed those with all the nonsense there has been about “MP only” games! A decent AI is essential and has always been part of gaming. UT4 is shaping up into a genre busting game by Epic and its about time someone showed the pretenders how its done. Kudos to Epic !2,620 views