Martinez on Musk: “Elon Musk as a person is whatever. I don’t- like, he’s a loony toon. He has- he has Asperger’s.”

Martinez on Musk: “He has Asperger’s… So he’s special. We all know that. And That’s fine. So here, no wonder he’s going to say some f***ing crazy sh*t because he’s special.” 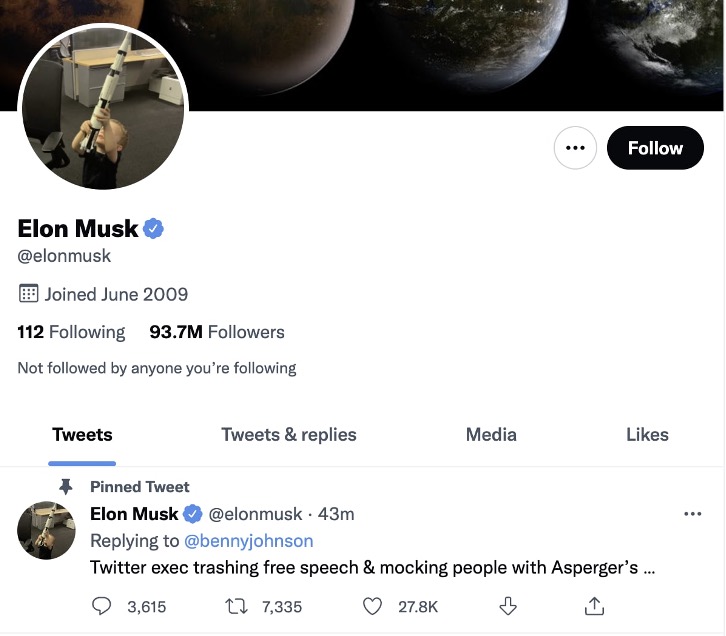 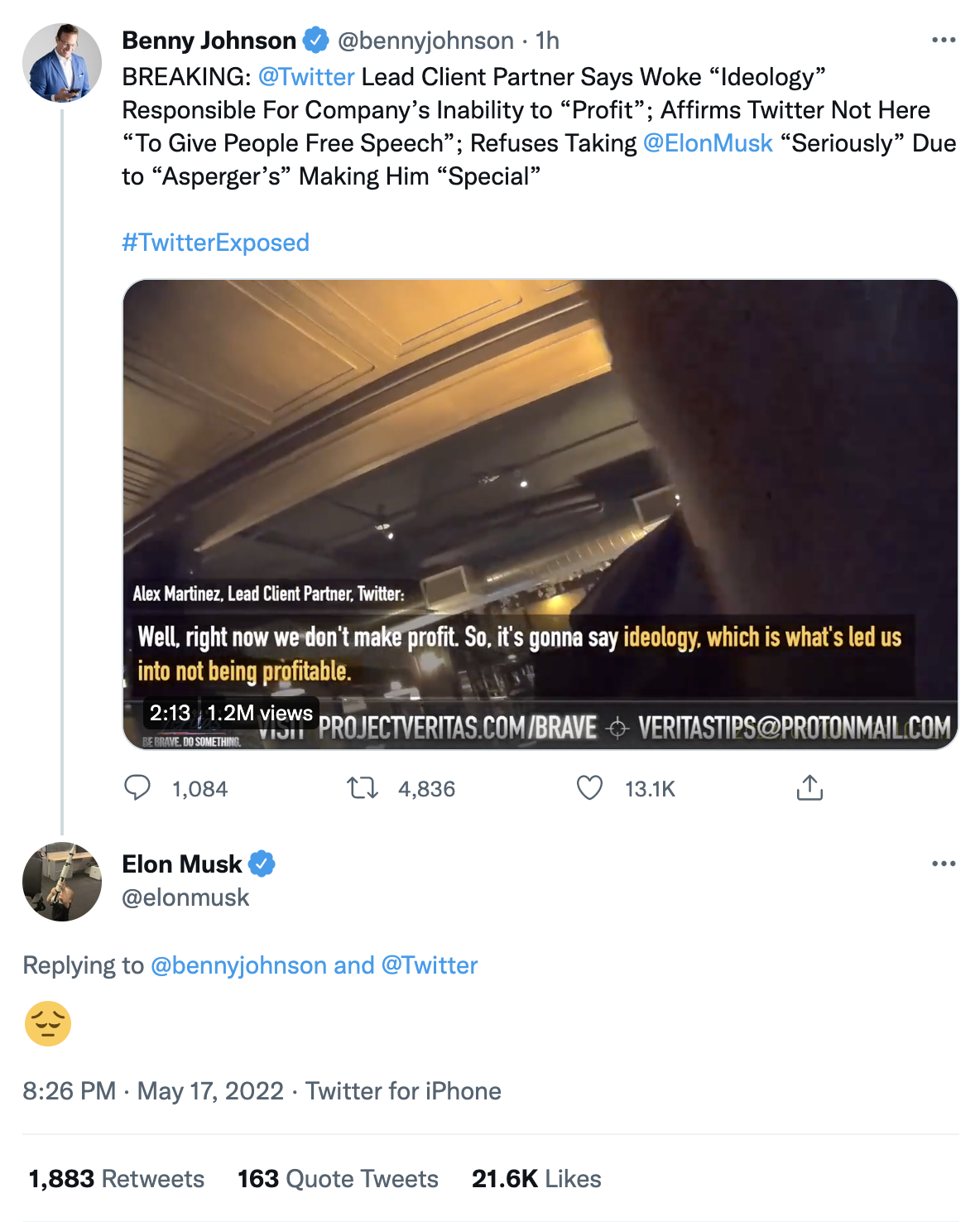 This is the mentality that is being thrown out of Planet Earth. These kind of people claim to stand for “diversity”, yet in private they come out with discriminatory gems such as this. He denigrates Elon Musk for whatever health condition he says he has. So a guy who has managed to make rockets land back down to Earth is a “loon” ? Pretty strange “loon” who is such a highly functioning billionaire don’t you think ? Yet this is the woke idea of “normal”. Their “normal” is being in a woke group mind, a collective, that is tasked with “saving the planet”. That does not seem to include saving freedom and a more enlightened approach that is healing our societies. I think Elon Musk is part of that. He had a near death experience with Malaria back in the day. Eckhart Tolle talks about how illness can force someone into the present moment (The Power of Now) because if you are about to die the past and the future no longer matters. Musk always looks present to me. He’s not one of these distant billionaires hiding in some mansion somewhere. Yet this Twitter executive, and other’s like him, seem to exist in their mind alone. That’s where all the strange ideologies live. While in the higher self there’s no need for ego that forcibly stamps its “solution” onto the world. A solution that Twitter has been so aggressivley promoting with their curtailment of free speech. I hope Elon Musk’s buy out of Twitter fully succeed’s. People deserve a place where they can be heard.