Elliotson [psychiatrist]: At last it ends… Yet I can only think of beginnings… A better tomorrow, forged with the blood of visionaries.
Jacob: All I see is the blood of a lunatic.

The idea occurred to me many months ago. If you are not familiar with the video game universe of Assassin’s Creed then the work depicts on ongoing historical struggle between two factions. The Assassin’s and the Templars. The Assassin’s want to keep humanity free. Free from controlling and stifling influences. It’s Republican Libertarianism. The world works better if all individuals are allowed to pursue their “selfish” interests as this actually leads to better outcomes for everyone. For example coders “selfishly” edit in functions they want for themselves, into the Linux kernel. At the end of the day everyone benefits.

Conversely the Templars see humanity as needing a “guiding hand”. Uncontrolled freedom risks, in their belief, eventual destruction of humanity. However they use some rather questionable methods to achieve this goal. Of course both sides use assassination in the Assassins Creed universe. Itself a questionable pursuit. However, from what I’ve see in the AC games so far, the Templars have such an amoral creed that they risk becoming the threat that they claim to be protecting humanity from in the first place. Suffice to say the AC games are a rich source of these moral and philosophical questions, with a lot of (often violent) video game fun along the way to boot.

Of course I was soon inspired by these games to make a connection to the underlying “creed” of the corrupt Psychiatric profession. Rather than freeing those going through crisis, the corrupt parts of the Psychiatric profession see the crisis as “dangerous”. Society must be protected and allowing an individual to go through a strenuous psychological healing process is dangerous ! (so they say). Hence the forced drugging with toxic psychiatric drugs and use of damaging “electroshock”. They are very much indeed a “Psychriassin’s Creed” so to speak. In fact an anaesthetist, working at the local hospital, said to me many years ago, in answer to my consternation of having to watch a friend destroyed by toxic psychiatric drugs, that the reason this is done is to “protect society“. These were his exact words … “to protect society“. But, of course, where does the threat really lie ? Who needs protecting from whom ?

So today I went back to playing AC: Syndicate which is set in Victorian era London. To my great astonishment this is exactly the idea that is portrayed in the mission “Overdose” ! 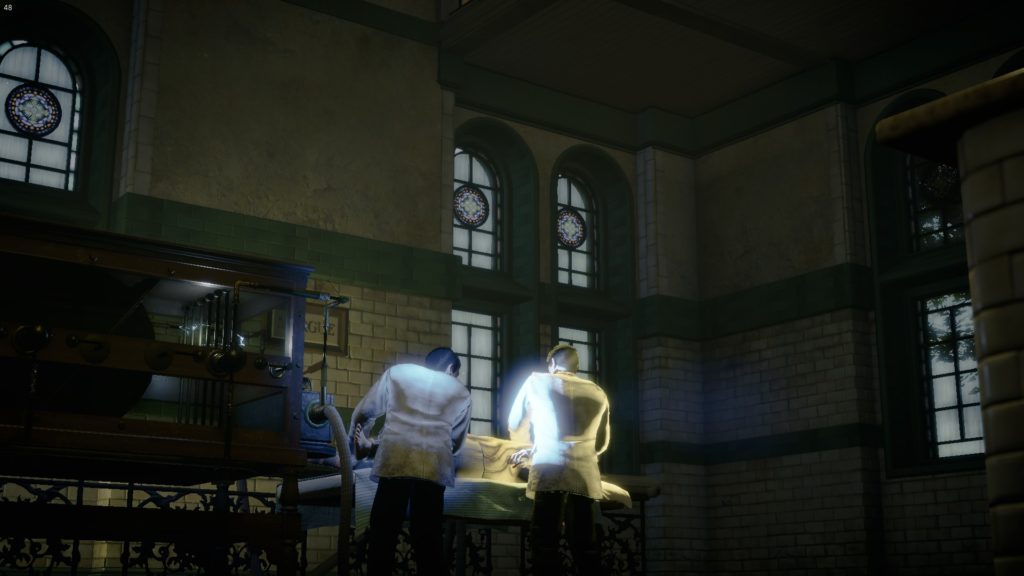 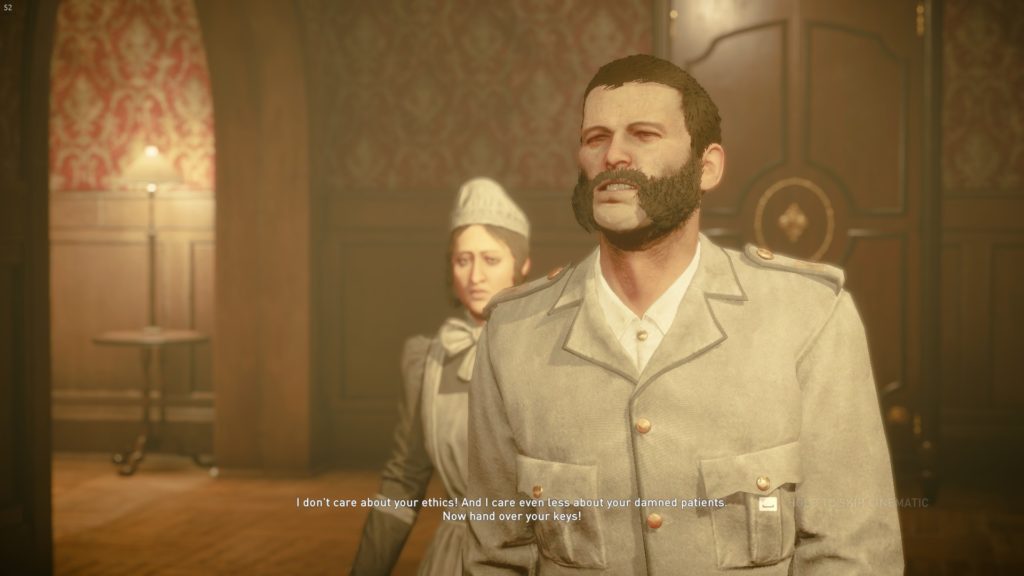 There they are ! The Templars drugging and electroshocking, presumably as part of some long term dastardly plan to achieve their aims. Inevitably the dastardly Psychiatrist – a Templar – must be assassinated to prevent him carrying out his vile experiments (for the confused, no, I don’t advocate assassinating anyone in the real world, just to be clear about that). 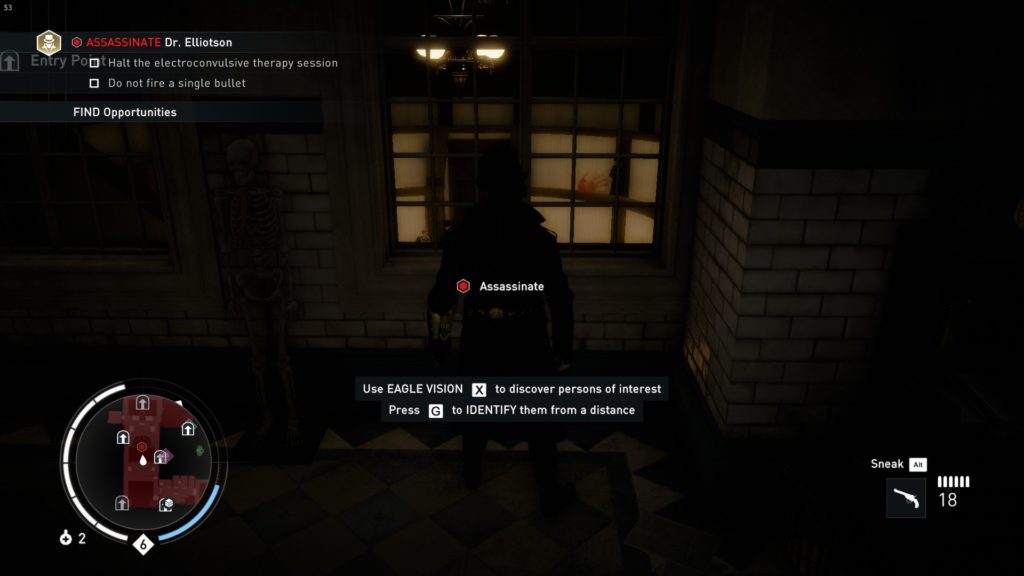 There is also a side part of the mission that involves stopping a horrific electroshock session. 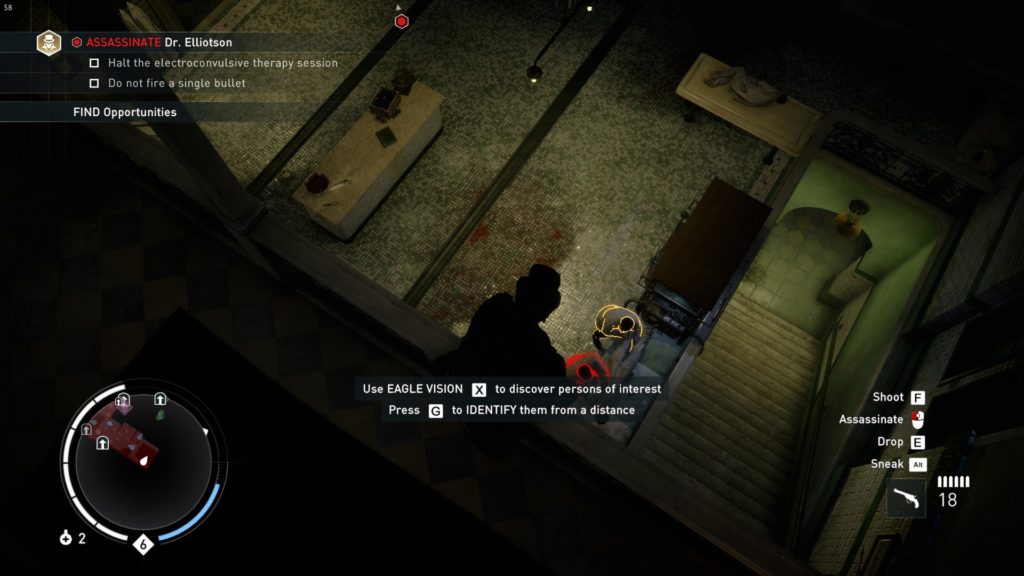 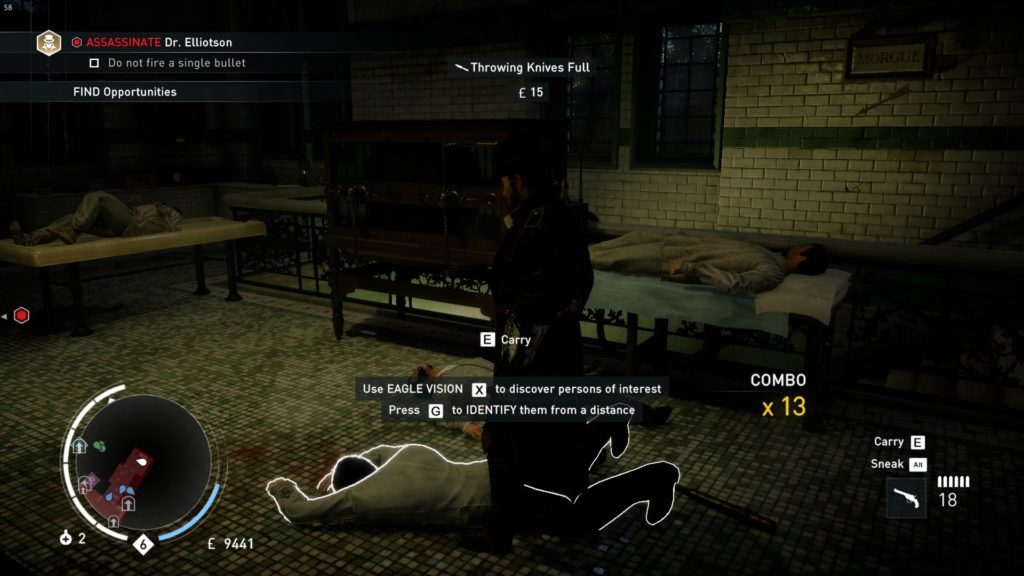 Appropriately, the actual assassination, if you choose to take that particular assassination route as the player, includes posing as one of the psychiatrists murdered victims under a cover, before springing out to dish out your violent form of justice. Poetic justice, eh ?

Then comes the interesting part … 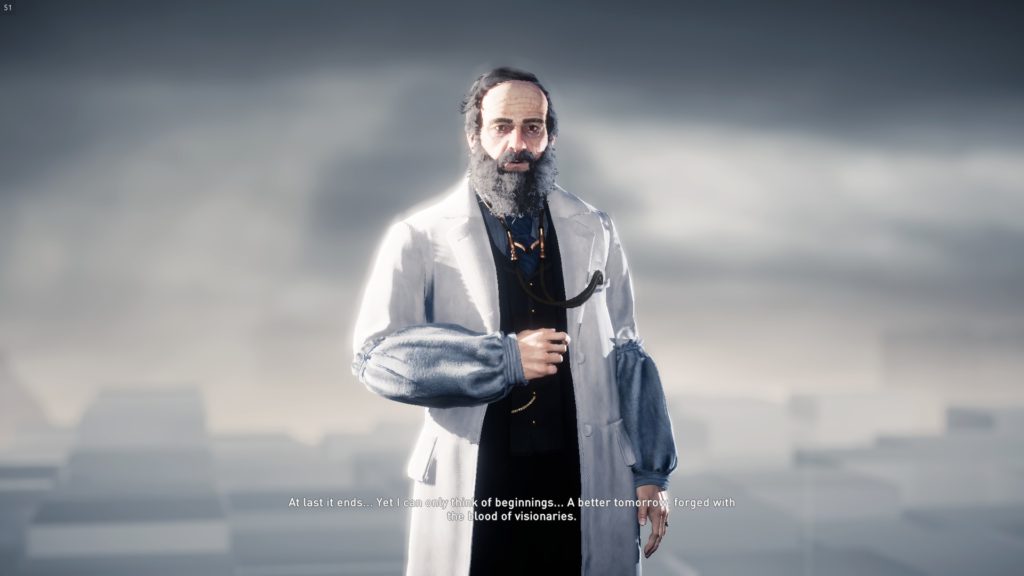 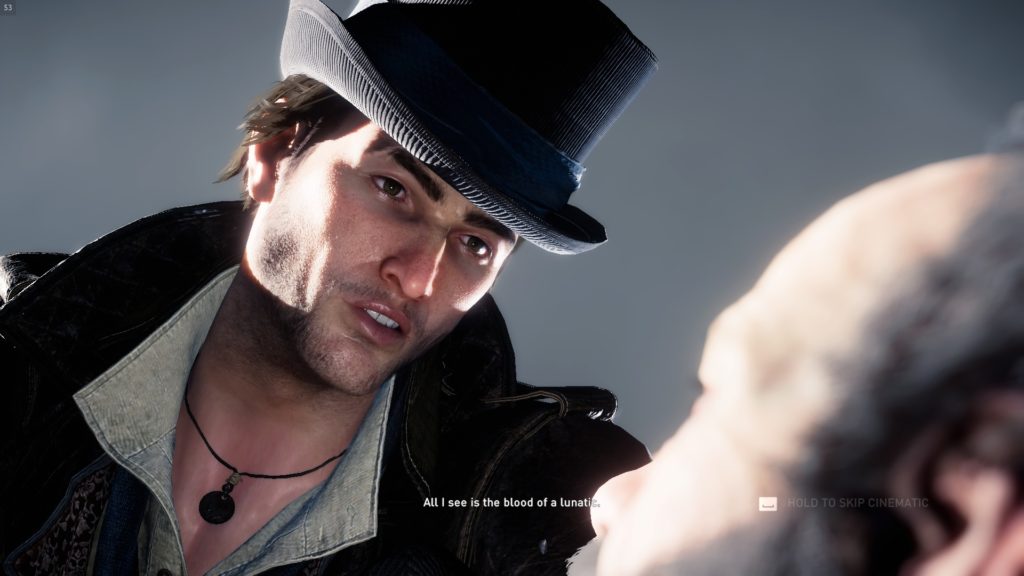 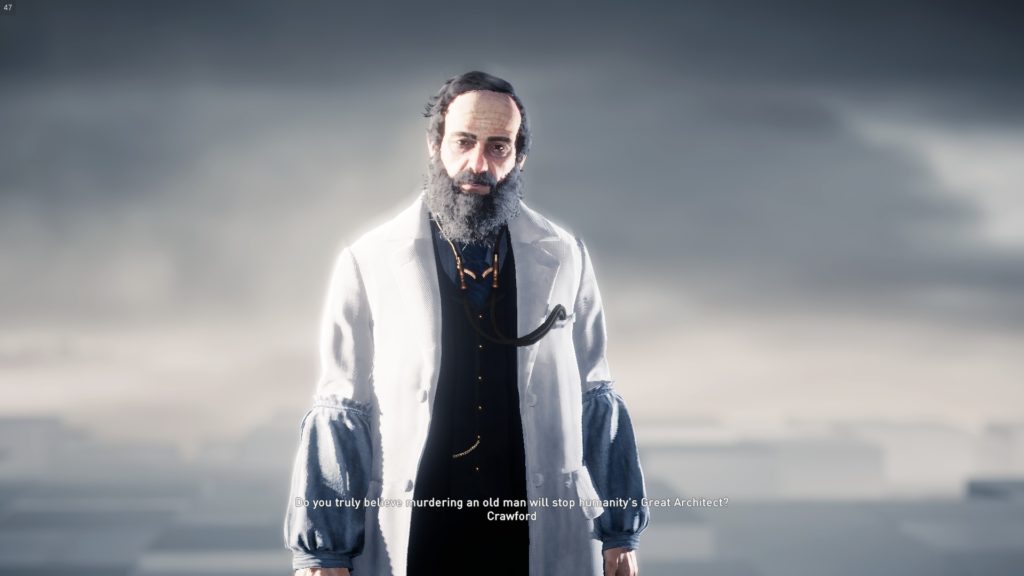 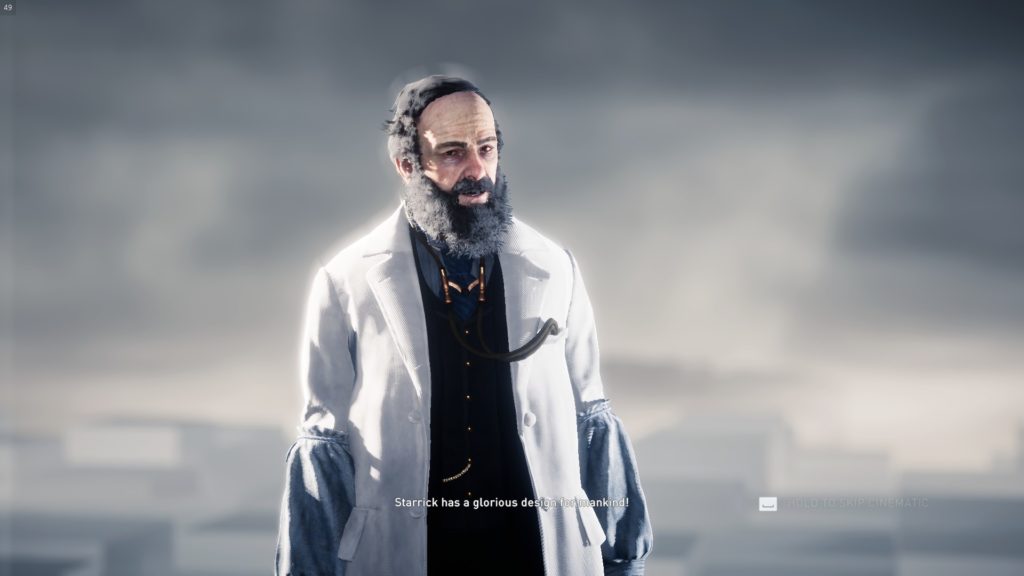 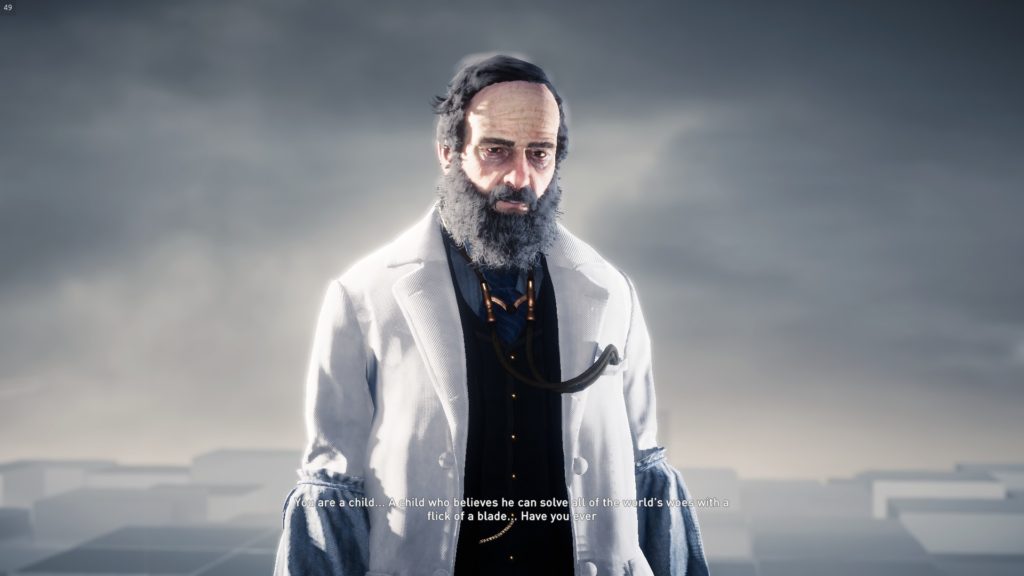 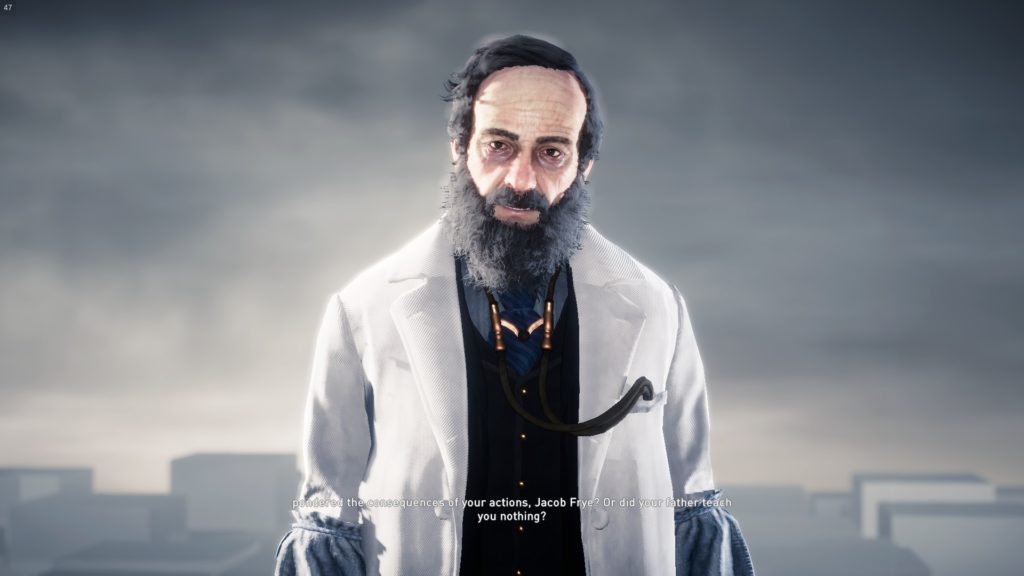 Has this fictionalised psychiatrist even pondered the consequences of his actions ? The game mirrors the real world of corrupt psychiatry perfectly. 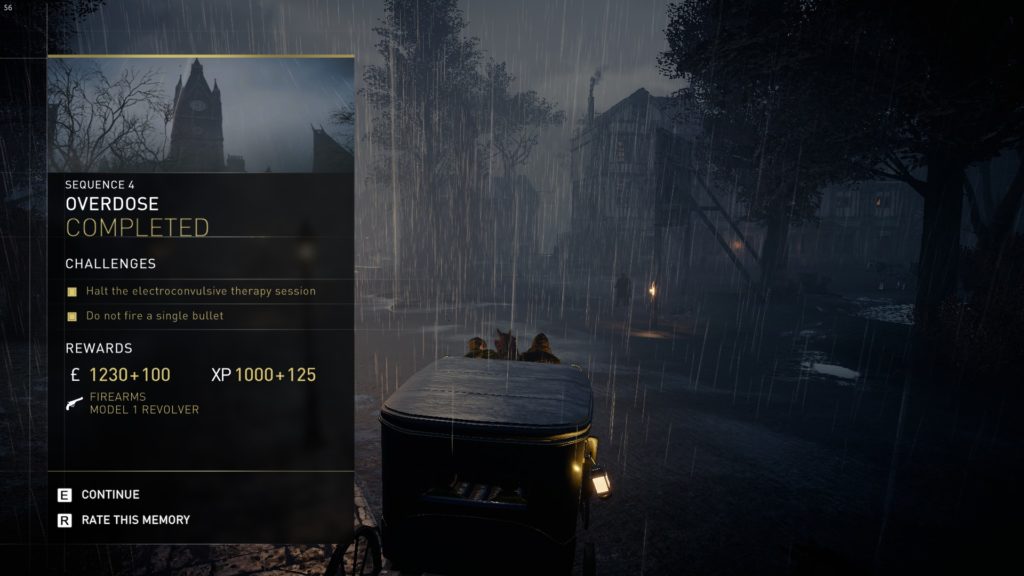 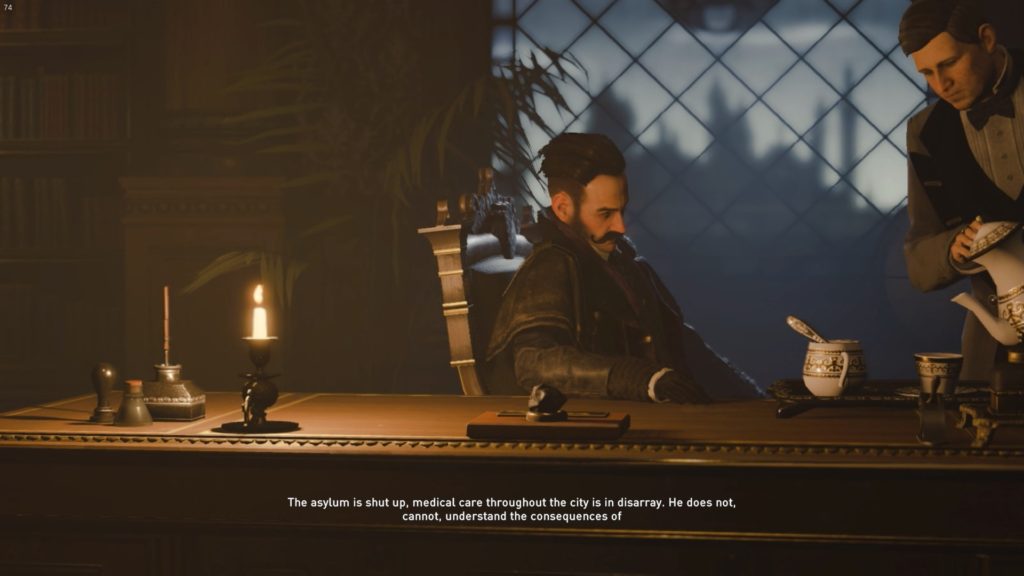 This is a Templar master speaking. This is exactly how defenders of corrupt psychiatry behave. Critics of toxic (TOXIC!) psychiatric drugs are accused of being “dangerous” because  they are “taking people’s treatments away from them“. I’ve been in this position myself before. Critics of corrupt psychiatry are accused of trying to take away what is portrayed as “the only system we have“. I’ve heard corrupted Psychiatrists saying that doing away with corrupt Psychiatry (of course they regard it as beneficial) would “return us to the dark ages“. But there is no mention of Freud or Jung. no mention of Depth Psychology or Jungian Psychology. All forms of medicine happily helping people without any damaging interventions !

So how wonderful to see Ubisoft creatively portraying these issues. There is a real dearth of this kind of thing. Even Anti-psychiatry campaigners rarely reference fictional works or use the rich creative mediums out there to put across these issues. 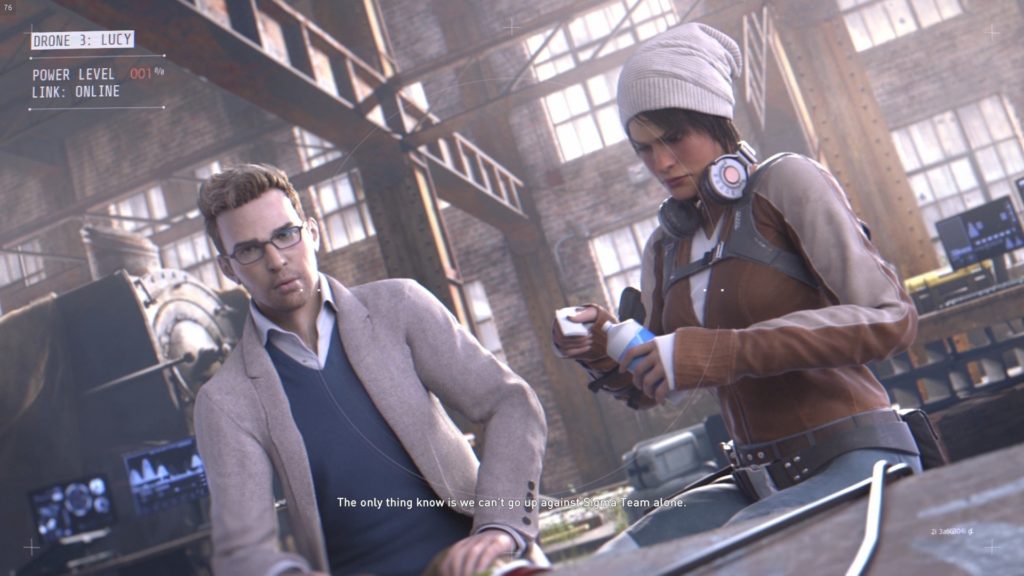 We return to our modern day (set in the present) “remote viewers” of the Assassin’s history. How powerful. So here “we” are (I know you’re out there!) fighting this thing together. A struggle that can sometimes seem unreal, almost surreal to the point where Ubisoft’s creative vision is a welcome relief.